WASHINGTON (AP) — Relatives of the victims of the Sept. 11 attacks called Thursday for the Justice Department’s inspector general to investigate the FBI’s handling of evidence from its investigation into the hijackers and their associates, saying certain records are apparently missing or lost.

The victims’ relatives regard that missing or withheld evidence as potentially crucial in proving their premise that the Saudi kingdom was effectively complicit in the attacks. That thesis forms the basis of a pending federal lawsuit in New York, though U.S. investigations have not conclusively established such a link.

Among the pieces of evidence the families say the FBI has failed to produce are phone records of calls among co-conspirators in the attacks, records of witness interviews and a photograph of a Saudi diplomat with two of the hijackers outside a southern California mosque soon after they arrived in the U.S.

The families had also asked the FBI to turn over a video they say shows a Saudi national hosting a party in San Diego for two hijackers, but a senior FBI official said last year that the bureau had looked for the recording but had been unable to find it.

“The FBI has a duty to retain its 9/11 evidence and has sophisticated computer systems to maintain its files and run searches on them,” says the complaint, which was filed on behalf of more than 3,500 victims’ relatives, first responders and survivors. “A routine search must be able to locate critical documents from the most serious criminal investigation ever conducted by the FBI.”

The complaint says the FBI has told the families that it cannot locate various pieces of evidence the families believe should be in the bureau’s possession. In the case of a photograph that victims’ families say depicts a meeting outside the mosque with two of the hijackers, Nawaf al-Hazmi and Khalid al-Mihdhar, the FBI said two cases agents were not aware of it and “its search did not reveal the photograph,” the complaint said.

The Justice Department revealed last month that the FBI had recently concluded an investigation that examined certain 9/11 hijackers and potential co-conspirators, and that it would now work to see if it could share information that it had previously determined could not be disclosed.

But, the families said Thursday, “thus far, no additional substantive material has been produced, and the FBI has not agreed to make a further effort to find its missing documents.”

The complaint urges Inspector General Michael Horowitz to “examine whether one or more FBI officials committed willful misconduct with intent to destroy or secrete evidence to avoid its disclosure.”

Many victims’ families have long alleged a closer connection between the Saudi kingdom and the hijackers than the U.S. government has acknowledged, and contend in a lawsuit in New York that Saudi officials gave vital support to the first two hijackers who arrived in America before the attacks.

Though the families filed a complaint with the inspector general’s office, there is no obligation on Horowitz to open an investigation.

Spokespeople for the inspector general and the FBI declined to comment Thursday. 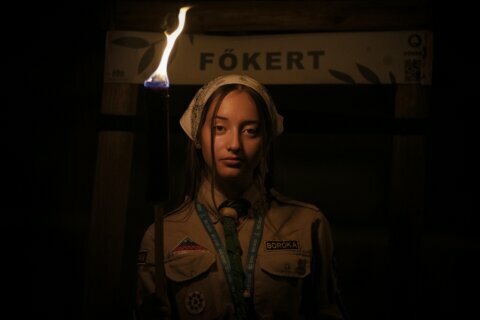