LAS VEGAS (AP) — A panel planning a permanent memorial at the Las Vegas site of the deadliest mass shooting in modern American history is focusing on stories about the more than 58 people killed by gunfire and thousands left wounded and emotionally scarred, and on lessons learned.

A second online questionnaire circulated this month by the 1 October Memorial Committee drew almost 5,200 responses in two weeks, according to a report Wednesday to Clark County commissioners who will be asked in coming months to pick a designer and determine how stories of the October 2017 attack will be told.

Focus groups indicated the project should avoid political topics and personal details about the shooter, according to the report.

More than half the voluntary respondents to the unscientific questionnaire thought the memorial should include references to country music and about 40% said visitors should be able leave a personalized memento.

More than 80% of respondents said victim biographies and survivor stories should be included and that education should include support for mental health. About 75% agreed the memorial should show lessons learned by first responders and the hospitality industry.

More than 65% of the 6,066 responses to a previous questionnaire during a two-week period in March called it extremely or very important to have the memorial at the open-air Las Vegas Strip concert venue that became a killing field.

MGM Resorts International, the casino company that owns the site, is donating part of it for the memorial.

Fifty-eight people died from gunfire that rained from upper-floor windows of the Mandalay Bay hotel into a crowd of 22,000 at the Route 91 Harvest Festival. More than 850 people were wounded or hurt fleeing the massacre. Authorities said victims were from Nevada, California, 13 other U.S. states and Canada.

The deaths of at least two people later have been blamed on wounds they received that night.

The gunman, Stephen Paddock, killed himself before police reached him in a suite strewn with 23 assault-style weapons and ammunition. He was a 64-year-old high stakes gambler, former auditor and real estate businessman who lived in southern Nevada and the Reno area.

Local and federal investigators concluded he acted alone, meticulously planned the attack and appeared to seek notoriety. But they said they could not identify a clear motive.

The concert site has remained idle since the massacre. A memorial there would be separate from a Community Healing Garden created in downtown Las Vegas following the shooting. 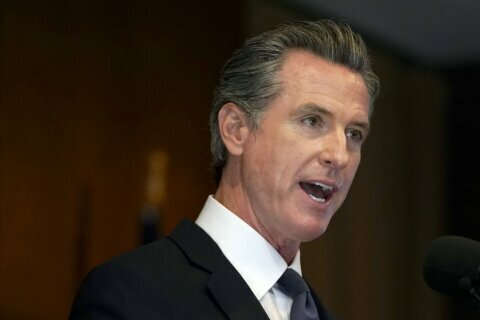