UNITED NATIONS (AP) — Secretary-General Antonio Guterres has proposed a series of benchmarks for Sudan’s transitional government to meet that could lead the U.N. Security Council to lift the arms embargo and other sanctions it imposed after the conflict in Darfur began in 2003.

In a 16-page report to the council circulated Tuesday, the U.N. chief cited improvements in Darfur largely brought on by the democratic revolution of December 2018 that led the military to overthrow autocratic President Omar al-Bashir four months later after nearly three decades of rule.

But he also cited the slow implementation of October’s peace agreement and insecurity in parts of Darfur.

Guterres said the U.N.’s primary concern is the increasing frequency of intercommunal violence, clashes among nomads, herders and farmers, and clashes in West Darfur’s Jebel Marra region between security forces and a rebel Sudan Liberation Army holdout group headed by Abdul Wahid Elnur — and between factions within the rebel group.

In addition, he also pointed to armed groups from other countries using Darfur as a base of operations, to armed individuals and militias, some associated with the al-Bashir regime, operating in the region along with criminals, and to the widespread availability of small arms and light weapons.

The vast western Darfur region was gripped by bloodshed in 2003 when rebels from the territory’s ethnic central and sub-Saharan African community launched an insurgency accusing the Arab-dominated government in Khartoum of discrimination and neglect.

The government, under al-Bashir, responded with a scorched-earth assault of aerial bombings and unleashed local nomadic Arab militias known as the Janjaweed, who are accused of mass killings and rapes. Up to 300,000 people were killed and 2.7 million were driven from their homes.

Since the popular uprising that toppled al-Bashir, Sudan has been on a fragile path to democracy. It is led by a joint military-civilian government that has been struggling to end the decades-long civil wars in Darfur and elsewhere and overcome the country’s dire economic conditions.

In June, Sudanese diplomat Ammar Mohammed told the council that the security situation was improving and that the government was implementing the October peace agreement on the ground “in coordination with all peace partners” and was also collecting unlicensed weapons, adopting measures to prevent intercommunal violence and upholding a national plan to protect civilians.

In light of these developments, he said, punitive measures including sanctions imposed on Sudan over 15 years ago “have completely lost their grounds and are no longer justified.”

But Guterres said in the report that as a result of insecurity “civilians are still experiencing violent attacks, harassment and intimidation by armed groups and some state security entities,” adding that there were 105 cases of conflict-related sexual violence in 2020.

In response to a request from the Security Council, the secretary-general proposed four benchmarks with specific targets that could serve in guiding its members “to review the measures on Darfur.” They may also contribute to implementation of the October peace agreement signed in Sudan’s capital Juba as well as the national plan to protect civilians and the government’s weapons collection program, he said.

The proposed benchmarks are:

–Progress on political and economic governance issues including broadening and deepening the legitimacy of the transitional government. The targets include enhancing representation of Darfur’s population, starting to address the drivers of economic conflict in the region, and establishing a Transitional Legislative Council with at least 40% representation of women, including from Darfur.

–Progress on the national action plan for the protection of civilians. He said the focus must be on strengthening the civilian-led implementation of the plan which could enhance the civilian aspects of security.

–Progress on transitional justice and accountability. Guterres said the parties to the peace agreement recognized the need to address the root causes of the Darfur conflict, including the marginalization of its people, and to build on the new era of cooperation between the International Criminal Court and the transitional government. A key target is to put in operation the mechanisms in the Juba agreement to provide accountability for crimes and promote reconciliation. 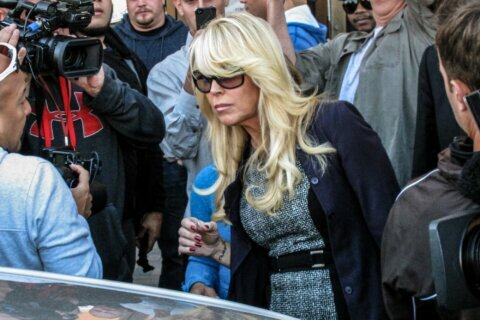