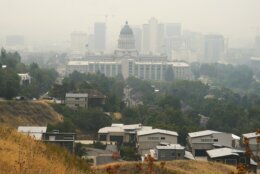 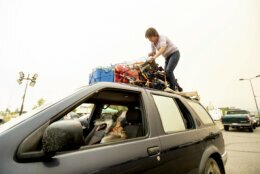 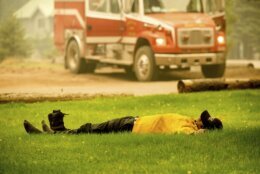 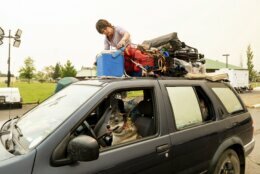 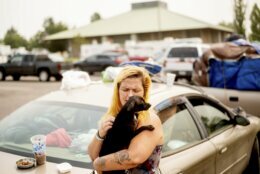 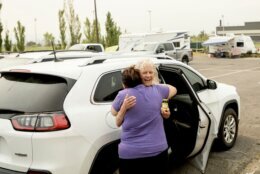 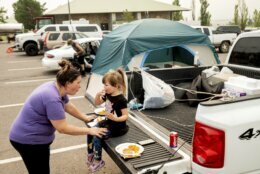 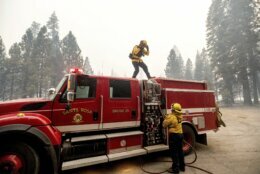 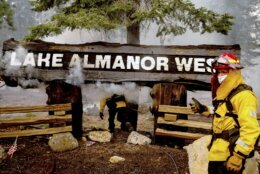 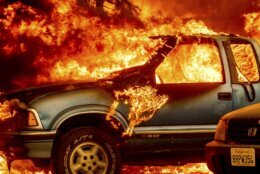 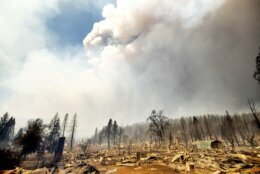 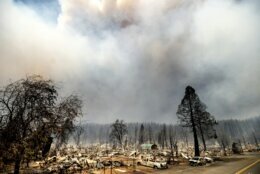 GREENVILLE, Calif. (AP) — Shelton Douthit and his team at the Feather River Land Trust in Northern California have been working to restore the lush natural habitat and protect Indigenous artifacts around Lake Almanor. Now, after a ferocious wildfire tore through the area, he knows “nothing’s safe.”

Driven by fierce winds and bone-dry vegetation, the Dixie Fire destroyed most of downtown and dozens of homes in the gold rush-era community of Greenville, growing to become the third-largest in California history. The museum, medical offices, fire equipment and structures significant to a Native American tribe were lost in the town of about 1,000.

“This fire is so intense that I think we’re learning as a community, as a region, that this is not a normal fire. It’s a beast,” said Douthit, who is the trust’s executive director.

The Dixie Fire, named for the road where it started, was still raging Friday and now spans an area of 676 square miles (1,751 square kilometers), greater than the size of New York City. No injuries or deaths have been reported, but the fire continued to threaten more than 10,000 homes Friday. It is just 35% contained.

Fire officials said the gusts were so strong on Thursday they uprooted a tree and knocked it over a garage.

“This is going to be a long firefight,” said Capt. Mitch Matlow, spokesperson of the California Department of Forestry and Fire Protection.

About a two-hour drive south, firefighters are gaining the upper hand on the fast-moving River Fire that broke out Wednesday near the town of Colfax and destroyed nearly 90 homes and other buildings. More than 5,000 people were ordered to evacuate in Placer and Nevada counties, state fire officials said.

Dale Huber walked into the fire zone Friday to check on his brother’s home, which was reduced to rubble.

“It used to be a bunch of cool stuff, and now it’s just trash,” Huber said. “You can’t fix it. We can tear it out and start over again or run away. I think he’s decided he wants to rebuild here.”

The three-week-old Dixie Fire was one of 100 active, large fires burning in 14 states, most in the West where historic drought has left lands parched and ripe for ignition.

The fire’s cause was under investigation. But Pacific Gas & Electric utility has said it may have been sparked when a tree fell on one of the utility’s power lines.

Heavy smoke produced by the fire’s intense, erratic winds was impeding firefighters’ efforts Friday to look for hot spots from the air, forcing them to instead rely on infrared technology. The smoke also blanketed central California and western Nevada, causing air quality to deteriorate to very unhealthy levels.

By midday, the air quality index in Chester, about 20 miles (32 kilometers) northwest of Greenville, shot up to 998, more than triple the amount where hazardous levels begin, according to the U.S. Air Quality Index.

In Susanville, Randy Robbins watched quarter-sized pieces of ash fall as the fire crept 6 miles (10 kilometers) from his home.

“It’s crazy to think this fire started 50 miles (80 kilometers) from our house, easily,” he said. “You can’t imagine how big it is. You look at a map, and you’re like, ‘How is that possible?’”

The flames heavily damaged Canyondam, a hamlet with a population of about three dozen people, and also reached Chester, but crews managed to protect homes and businesses there, officials said.

The fire was not far from the town of Paradise, which was largely destroyed in a 2018 wildfire sparked by PG&E equipment that killed 85 people, making it the nation’s deadliest U.S. wildfire in at least a century.

Eva Gorman said she managed to grab photos off the wall, her favorite jewelry and important documents before fleeing. She was told that her home burned down but is waiting until she can see it with her own eyes to believe it’s gone.

How could another California town could be reduced to ashes, she asked herself.