A Texas state senator ended a 15-hour filibuster Thursday in the Democrats' latest defiance over new voting restrictions, but it only delayed Republicans who went on to approve the sweeping elections bill just minutes after she wearily left the floor.
Listen now to WTOP News WTOP.com | Alexa | Google Home | WTOP App | 103.5 FM

AUSTIN, Texas (AP) — Texas Republicans enlisted the help of law enforcement for the first time Thursday to force the return of Democratic legislators who fled the state a month ago to block new voting restrictions.

The move, a significant escalation in the holdout, came a day after officers of the Texas House of Representatives served civil arrests warrants to the offices of more than 50 Democrats who have not retuned to the Capitol since fleeing for Washington, D.C., on July 12. Some have returned to Texas but remain absent from the state House of Representatives.

“Earlier today the House Sergeant-at-Arms deputized members of Texas law enforcement to assist in the House’s efforts to compel a quorum. That process will begin in earnest immediately,” said Enrique Marquez, a spokesman for Republican House Speaker Dade Phelan.

He did not say which law enforcement agencies were involved or what measures they would take, but Democrats have acknowledged the possibility of facing arrest and have spent days petitioning courts in Texas for orders that would prevent them from being forced to return to the Capitol.

But in another setback, the Texas Supreme Court halted those orders Thursday. Some Democrats have previously said they would not rule out again leaving Texas — and outside the jurisdiction of state troopers — if there were no court protections in place.

“The Dems have filed some of the most embarrassing lawsuits ever seen. Time for them to get to the Capitol and do the job they were elected to do,” Republican Gov. Greg Abbott tweeted.

The Texas Department of Public Safety, the state’s law enforcement division, said in a statement that it did not “discuss operational specifics” and referred further questions to Phelan’s office.

The NAACP had stepped in on behalf of the Texas Democrats, urging the Justice Department to investigate whether a federal crime was being committed when Republicans threatened to have them arrested.

The heightened potential of law enforcement seeking out missing lawmakers came hours after the latest high-profile act of protest by Democrats over changes to Texas’ elections — a 15-hour filibuster by a state senator who was not allowed to sit or take bathroom breaks.

Democrat Carol Alvarado’s filibuster only delayed Senate Republicans, who went on to approve a version of the sweeping elections bill just minutes after she ended. But because Democrats in the House are still not showing up, the bill cannot go further.

“What’s wrong with drive-thru voting during a pandemic? What’s wrong with 24-hour voting? Why can’t we have expanded voting hours for the people who have to work late? Where is all the so-called fraud?” Alvarado said before finally putting down the microphone at her desk. “Where does it end?”

The Texas Legislature has entered uncommon territory with neither side showing any certainty over what comes next as Republicans remain determined to secure a quorum of 100 present lawmakers — a threshold they were just four members shy of reaching.

Democrats acknowledge they cannot permanently stop the GOP voting bill from passing because of Republicans’ dominance in both chambers of the Texas Legislature.

Refusing to attend legislative sessions is a violation of House rules — a civil offense, not a criminal one. Sandra Guerra Thompson, director of the Criminal Justice Institute at the University of Houston Law Center, said civil arrest warrants generally involve officers finding someone and getting them to appear.

“There shouldn’t be any threats to the officer’s safety or to the public that would really justify any laying of hands on the person, much less the use of restraints,” she said. “It really is just escorting the person.”

Republicans are now in the midst of their third attempt since May to pass a raft of tweaks and changes to the state’s election code that would make it harder — and even, sometimes, legally riskier — to cast a ballot in Texas, which already has some of the most restrictive election laws in the nation.

Texas is among several states where Republicans have rushed to enact new voting restrictions in response to former President Donald Trump’s false claims that the 2020 election was stolen. The current bill is similar to the ones Democrats blocked last month by going to the nation’s capital. It would ban 24-hour polling locations, drive-thru voting and give partisan poll watchers more access, among other things.

It was unclear how many Democrats remained in Washington, where they had hoped to push President Joe Biden and other Democrats there to pass federal legislation that would protect voting rights in Texas and beyond. Senate Democrats pledged to make it the first order of business when they return in the fall, even though they don’t have a clear strategy for overcoming steadfast Republican opposition. 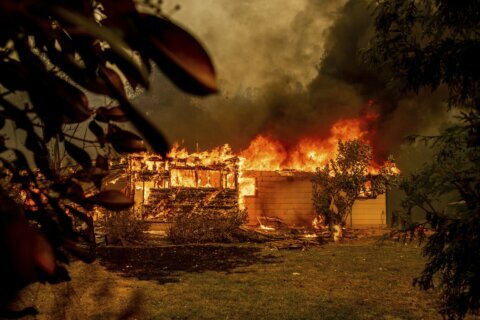 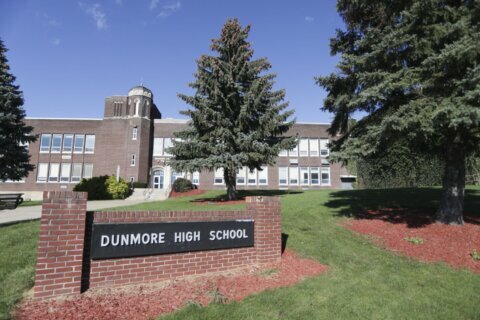