BERKELEY TOWNSHIP, N.J. (AP) — Friends and fellow lifeguards sat on the beach and sobbed Tuesday at the spot where a 19-year-old lifeguard was killed by lightning a day earlier, the second on-duty death of a teenage lifeguard in New Jersey in less than two weeks and a stark reminder of just how dangerous the job can be.

They hugged each other, cried, and looked out to sea as flowers piled up at the base of the lifeguard stand where Keith Pinto was killed by a bolt of lightning Monday afternoon.

Michael Cordiano of Toms River worked with Pinto as a lifeguard — but had a day off on Monday. He recalled his friend and cross-country running teammate as “a great kid, really funny.”

“He never failed to bring a smile to the room; he was always the life of the party,” Cordiano said. “He was a great partner on the beach. He took it really seriously. He always had the people in the water’s safety (in mind). He knew he had to protect them; that was his job and he did a good job at it. It almost feels unreal; I was just with him a couple of days ago.”

Police say Pinto was one of eight people struck by lightning shortly after 4:30 p.m. Monday; the other seven people have since been released from area hospitals, a township spokesperson said.

Three other lifeguards were among those injured by the lightning strike. One temporarily lost hearing in one ear, but later regained it, according to the mother of one of the injured guards.

The strike happened at the 21st Avenue beach, near the entrance gates to Island Beach State Park, just south of Seaside Park.

Pat Noonan was clamming in Island Beach State Park a few miles away when he and friends noticed a storm gathering, and decided to get out of the water.

“As we did, you could hear a big crack of thunder,” he said.

“It literally jumped out of the cloud,” said Lynda McHugh, who had just left the beach moments earlier. “People came running off the beach.”

On Aug. 20, 16-year-old lifeguard Norman Inferrera III died a day after an accident in Cape May, on New Jersey’s southern tip. A lifeboat he was rowing was struck by a wave and flipped over, knocking him unconscious, authorities said.

The line-of-duty deaths were extremely unusual for lifeguards, according to Tom Gill, a spokesperson for the U.S. Lifesaving Association. He said the two New Jersey deaths in less than two weeks were just the second and third he can recall in the last 30 to 40 years.

“This just doesn’t happen,” Gill said. “For two fatalities in such a short time frame in the same general area, this is a tragedy beyond measure.”

Gabriella Dellolio was a classmate of Pinto at Toms River High School North, where they both ran on the track team.

“I feel overwhelmed,” she said. “It’s a lot to handle, knowing that I used to be in class with this kid. It doesn’t feel real at all.

“I just remember him being a really happy-go-lucky kid, very athletic,” she said. “He loved to swim. He was just a really nice kid, never had a bad day, always happy. I know he loved what he did. We just graduated with him last summer. Nothing feels real.”

Berkeley’s beaches are closed to swimming through Thursday as crisis counseling is made available to lifeguards and beach staff. People will be allowed to sit on the beach and sunbathe. 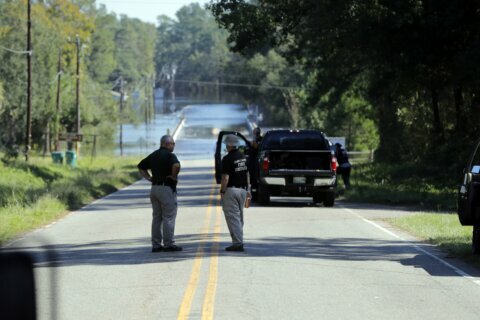