NEW ORLEANS (AP) — People who want to enter New Orleans bars, restaurants, music halls — or any other inside venue — will soon have to show proof of vaccination against the coronavirus or a recent negative test, according to new rules announced Thursday by the mayor amid a surge in virus cases.

Louisiana has become a hot spot for the fourth surge in the pandemic, driven by both low vaccination rates across the state and the highly contagious delta variant of the coronavirus. While New Orleans’ residents are getting vaccinated at slightly higher rates than the U.S. as a whole, the vaccination rate for the entire state is one of the worst in the country.

“Look for your vaccination card and be prepared to show it,” Mayor LaToya Cantrell said at an afternoon news conference. She said the requirement begins Monday, although there will be a one-week grace period before the city begins aggressive enforcement.

Cantrell stressed that she is not imposing capacity limits on businesses or contemplating a shutdown similar to the one that devastated businesses in 2020. “Unlike this time last year, we have a tool that we did not have,” she said, referring to vaccines.

Venues falling under the new rule include the Superdome, where a new NFL season begins soon.

On July 30, Cantrell implemented a mandate requiring that people wear masks indoors, and Gov. John Bel Edwards later put one in place across the state. State, city and hospital officials have repeatedly sounded the alarm about the number of people hospitalized with COVID-19, stressing that nearly all of those in the hospital are not vaccinated. Cantrell said Thursday that most of the people hospitalized in New Orleans with COVID-19 are from outside the city.

Jennifer Avegno, the city’s top health official, implored people not to create fake vaccination cards, noting that the FBI has already arrested people who did so. Avegno, an emergency room doctor who often wears scrubs when she speaks at news conferences, spoke emotionally when asked about whether the measures announced Thursday are drastic.

Many restaurants, bars and coffee shops in New Orleans have already put in place their own requirement that patrons either show proof of vaccination or a negative coronavirus test taken within 72 hours. And the city is already requiring that workers and contractors get vaccinated.

About 60% of New Orleans’ population has had at least one dose of the vaccine, while 53% have been fully vaccinated. For the state as a whole, the rates are 38% and 45%, respectively. 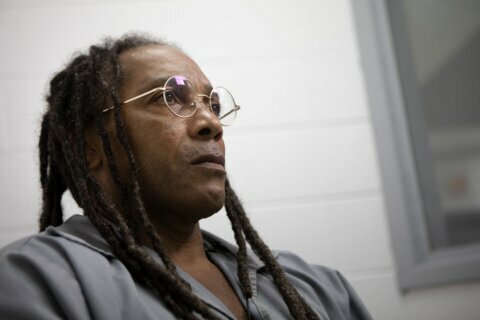