DENALI NATIONAL PARK AND PRESERVE, Alaska (AP) — Road access in a popular national park in Interior Alaska is being restricted due to a long-running landslide issue that has been exacerbated by climate change, the park announced Tuesday.

The lone road through Denali National Park and Preserve spans 92 miles (148 kilometers). Nearly half it — the area west of mile 43 — closed Tuesday to nonessential vehicles, pedestrians and bikes because of unsafe conditions caused by a landslide in the Polychrome Pass area, according to a statement from the park.

Buses, the main way for visitors to access the park, will continue to run to mile 42.

According to the park, slides have affected the area since at least the 1960s but used to require maintenance every two to three years.

“During the 1990s, the landslide, which occurs below the roadbed, only caused small cracks in the road surface,” the statement said. “However, by 2018 the slumping increased to almost half an inch (1 centimeter) per day, and then to three and a half inches (9 centimeters) per day by August 2020.”

Rains earlier this month appear to have caused the rate to increase significantly, with much of the landslide moving downhill at over 10 inches (25 centimeters) per day, the park said.

Climate change “has taken what was previously a problem solved by maintenance staff performing road repairs and made a challenge too difficult to overcome with short-term solutions,” the statement said.

Don Striker, the park superintendent, said the National Park Service is working with the Federal Highway Administration and other agencies on a long-term solution to maintain road access through the area.

The statement says front-country trails and backcountry access remain open, as does the Kantishna airstrip, which is near the end of the road. The visitor center, near the park entrance, will continue providing daily ranger services, the statement said.

Campers at the Wonder Lake Campground, near the end of the road, and in backcountry areas west of Polychrome Pass will be relocated to areas east of the closure in the coming days, according to the statement.

The Wonder Lake Campground and Eielson Visitor Center, at mile 66, were closing Tuesday for the rest of the year.

The park road typically closes to vehicle traffic beyond mile 30 in mid-September.

Several days in September traditionally are set aside for winners of a special lottery to drive as much of the road as weather conditions allow. Paul Ollig, with the park, said he did not have an update Tuesday on this year’s lottery. 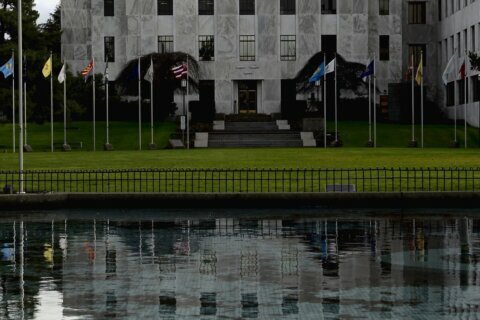 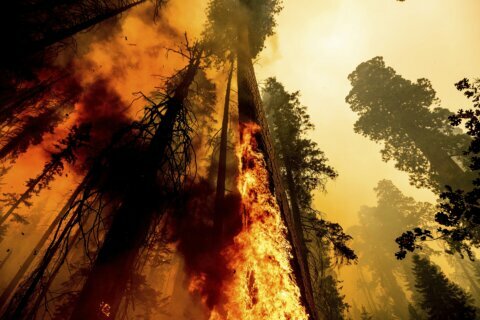