‘It’s not about me.’ Cuomo says resignation is best for NY

NEW YORK (AP) — New York Gov. Andrew Cuomo continued to defend himself from what he said were “unfair” and “untruthful” sexual harassment allegations on Tuesday, even as he announced he would resign from office.

But the 63-year-old Democrat said he realized he would lose his fight to stay in office and would step aside out of his love for the state and its people.

Here is an excerpt from his resignation announcement:

“Part of being New York tough is being New York smart. New York smart tells us that this situation and moment are not about the facts. It’s not about the truth. It’s not about thoughtful analysis. It’s not about how do we make the system better. This is about politics, and our political system today is too often driven by the extremes. Rashness has replaced reasonableness. Loudness has replaced soundness. Twitter has become the public square for policy debate. There is an intelligent discussion to be had on gender-based actions, on generational and cultural behavioral differences, on setting higher standards and finding reasonable resolutions. But the political environment is too hot and it is too reactionary for that now. And it is unfortunate.

Now, you know me, I’m a New Yorker, born and bred. I am a fighter, and my instinct is to fight through this controversy because I truly believe it is politically motivated. I believe it is unfair and it is untruthful. And I believe it demonizes behavior that is unsustainable for society. If I could communicate the facts through the frenzy, New Yorkers would understand, I believe that. But when I took my oath as governor, then it changed. I became a fighter, but I became a fighter for you. And it is your best interest that I must serve.

This situation by its current trajectory will generate months of political and legal controversy. That is what is going to happen. That is how the political wind is blowing. It will consume government. It will cost taxpayers millions of dollars. It will brutalize people. The state assembly yesterday outlined weeks of process that will then lead to months of litigation, time and money that government should spend managing COVID, guarding against the Delta variant, reopening upstate, fighting gun violence and saving New York City. All that time would be wasted. This is one of the most challenging times for government in a generation. Government really needs to function today. Government needs to perform. It is a matter of life and death, government operations, and wasting energy on distractions is the last thing that state government should be doing. And I cannot be the cause of that.

New York tough means New York loving. And I love New York, and I love you. And everything I have ever done has been motivated by that love. And I would never want to be unhelpful in any way. And I think that given the circumstances, the best way I can help now is if I step aside and let government get back to governing. And therefore, that’s what I’ll do because I work for you and doing the right thing is doing the right thing for you. Because, as we say, it’s not about me, it’s about we. Kathy Hochul, my lieutenant governor, is smart and competent. This transition must be seamless. We have a lot going on. I’m very worried about the Delta variant and so should you be. But she can come up to speed quickly and my resignation will be effective in 14 days.” 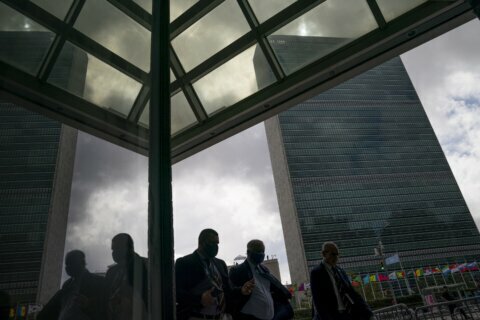