Gaps in US wildfire smoke warning network leave many exposed

BILLINGS, Mont. (AP) — Huge gaps between air quality sensors in the western U.S. have created blind spots in the warning system for wildfire smoke plumes sweeping North America this summer, amid growing concern over potential health impacts to millions of people exposed to the pollution.

Government programs to alert the public when smoke pollution becomes unhealthy rely on about 950 permanent monitoring stations and dozens of mobile units that can be deployed around major fires.

Those stations are heavily concentrated around major cities on the West Coast and east of the Mississippi River — a patchwork that leaves some people unable to determine local risks from smoke, including in rural areas where air quality can quickly degrade when fires ignite nearby. The problem persists far beyond fire lines because wildfire smoke travels for thousands of miles and loses its tell-tale odor yet remains a danger to public health.

The monitoring gaps underscore what officials and public health experts say is a glaring shortage of resources for a type of pollution growing worse as climate change brings increasingly long and destructive wildfire seasons to the U.S. West, southern Europe and eastern Russia.

Microscopic particles in wildfire smoke can cause breathing issues and more serious problems for people with chronic health conditions. Long-term effects remain under study but some researchers estimate chronic smoke exposure causes about 20,000 premature deaths a year in the U.S.

“It’s a very frustrating place to be where we have recurring health emergencies without sufficient means of responding to them,” said Sarah Coefield, an air quality specialist for Missoula, Montana. “You can be in your office just breathing smoke and thinking you’re OK because you’re inside, but you’re not.”

Missoula, perched along the Clark Fork River with about 75,000 people, is surrounded by mountains and has become notorious as a smoke trap. All across the region are similar mountain valleys, many without pollution monitors, and smoke conditions can vary greatly from one valley to the next.

Montana has 19 permanent monitoring stations. That’s about one for every 7,700 square miles (20,000 square kilometers) or an area almost as big as New Jersey. New Jersey has 30.

Data on air quality is particularly sparse in eastern Montana, where smoke from a 266-square-mile (690-square-kilometer) fire on the Northern Cheyenne Indian Reservation got so bad this month that officials closed a health clinic when air filters couldn’t keep up with the pollution.

The smoke prompted tribal authorities to shield elders and others who were at risk by extending an evacuation order for Lame Deer, a town of about 2,000 people that sits beneath fire-scarred Badger Peak and is home to the tribal government complex.

But on the same day, Lame Deer and surrounding areas were left out of a pollution alert from state officials, who said extremely high smoke particle levels made the air unhealthy across large areas of Montana and advised people to avoid prolonged exertion to protect their lungs. A pollution sensor on the reservation had burned in the fire, and the nearest state Department of Environmental Quality monitor, about 30 miles (48 kilometers) away, showed an air quality reading of “good.”

That left tribal officials to judge the pollution hazard based on how far they could see — a crude fallback for areas without monitors. On a scale of one to 20, “I would say the smoke was a 19,” tribal spokesperson Angel Becker said.

“What makes it difficult is that Lame Deer is sitting in between a couple of ravines,” she added. “So when you get socked in (with smoke), it just sits here and that’s not good for elders or kids that have asthma or any breathing issues.”

Doug Kuenzli, who supervises Montana’s air quality monitoring program, said regulators recognize the need for more data on smoke but high-grade monitors can be prohibitively expensive — $10,000 to $28,000 each.

Oregon expanded its network over the past two years with five new monitors along the state’s picturesque coastline where smoke only recently became a recurring problem, said Tom Roick with the Oregon Department of Environmental Quality.

“We’re seeing more prevalence of wildfire smoke and increased intensity,” Roick said. “It’s not because we have more monitoring; it’s getting worse.”

Throughout the West, public health officials have struggled to get the message about dangers of smoke to at-risk communities, such as migrant workers who spend lots of time outdoors, people in houses without air filters and the elderly. Children, too, are more at risk of health problems.

That’s no small subset of society: People over 65 and children under 18 make up about 40% of the U.S. population, said Kaitlyn Kelly, a wildfire smoke pollution specialist with the Washington Department of Health.

The Environmental Protection Agency on Wednesday announced $7 million in spending on research to come up with better strategies and tools to detect and lessen exposure to wildfire smoke. Recipients included Stanford University and University of California, Berkeley, which will look at how to communicate with low-income, hard-to-reach communities to reduce their exposure to wildfire smoke.

The number of unhealthy air quality days recorded in 2021 by pollution monitors nationwide is more than 10 times the number to date in each of the last two years, according to the EPA. Wildfires likely are driving much of the increase, officials said.

Rapid technological advancements mean households can buy their own monitoring equipment for around $250. The equipment is not as reliable as government stations, officials said, but the data from many of the privately owned sensors is now displayed on an interactive smoke exposure map by the Environmental Protection Agency and Forest Service.

Although inaccurate readings have been reported for some consumer-grade sensors, officials said they can help fill blind spots in the government’s network. The number in use is fast increasing — from about 6,000 private sensors last year to more than 10,000 currently, according to EPA.

“There’s still gaps,” Kelly said. “The low-cost sensors are the first step in filling in the gaps where we don’t have (government) monitors.”

In Missoula, a small non-profit group founded to bring attention to global warming is going beyond warning people about smoke. It’s providing makeshift air filters and portable air cleaners to the homebound elderly and impoverished households.

Vinette Rupp, a 74-year-old Missoula woman who received a portable air cleaner, said she “can almost taste it” when the smoke gets thick in town. Neighbor Maureen Fogarty, 67, who has lung cancer and suffers from breathing problems, said her coughing has eased since she got one of the filters.

“Well it’s a lifesaver because I can breathe easier now,” Fogarty said. “The way it is, you know, you’ve got to come and go and you’re bringing in the unhealthy air, and it’s gonna affect you.”

Climate Smart Missoula, which provided the portable air cleaner, also makes and distributes filters through a local food bank. Costing about $30 apiece — versus $150 or more for a manufactured unit — the do-it-yourself purifiers are endorsed by public health officials. They’re crafted from box fans with high-efficiency furnace filters duct-taped to the back to trap pollution particles as air passes through.

Climate Smart Missoula Director Amy Cilimburg said she and a colleague have built roughly 200 of them, paid for largely with donations.

“Our strategies for dealing with wildfire smoke were pray for rain, or leave town, or suffer — and that seemed inadequate,” Cilimburg said “It’s kind of caught up with us, even though scientists have told us it’s coming. I felt like we needed to get to work.” 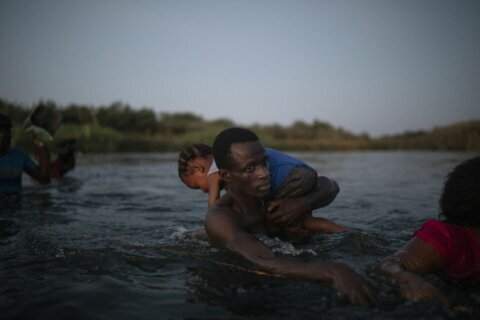 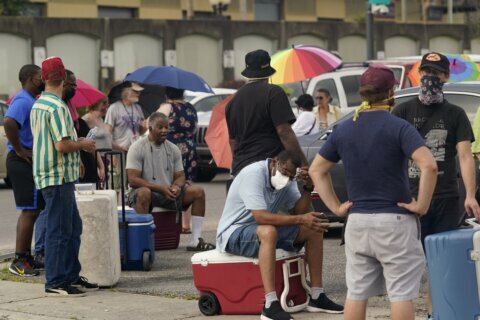