Coronavirus News: The nuance of dealing with COVID-19 | New cases in Montgomery Co. | 'Is It Normal Yet' Podcast: A perfect storm | Latest cases in DC region
Home » National News » Facts about the wildfire…

— The Caldor Fire, named for the road where it started on Aug. 14 near the community of Grizzly Flats, about 35 miles (56 kilometers) from Lake Tahoe, had ballooned to about 300 square miles (775 square kilometers) by Tuesday morning.

— There are more than 3,900 personnel on the lines, with firefighters coming from as far away as Wisconsin and West Virginia to aid the firefight. The U.S. Army was also training about 250 soldiers to work as hand crews, who typically hike into wildland fire areas and remove rocks, leaves, bushes and other flammable material using shovels and chainsaws.

— In all, 15,000 fire personnel are working on fires statewide, including the still-burning Dixie Fire. But states across the country are stretched for resources as many rescue personnel have been sent to help with Hurricane Ida recovery.

— About 25 helicopters are dropping water and retardant on the Caldor Fire. Numerous airplane tankers are assisting when smoky conditions allow them to fly.

— More than 400 fire engines are on the fire, nearly 100 bulldozers and over 70 water hauling tenders.

— At least 669 structures have been reported as destroyed, including 486 homes, though the count is ongoing as conditions allow assessments. Another 40 have been recorded as damaged. 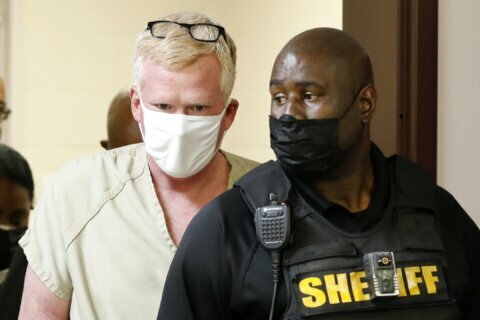