Cuomo issues clemency for 10 people in last days as governor

NEW YORK (AP) — In his last days in office, Gov. Andrew Cuomo on Tuesday granted clemency to 10 people, among them a man whose unsuccessful campaign for exoneration in a 1998 killing was championed by actor Martin Sheen.

Cuomo fully pardoned five people and commuted the sentences of another five, including Jon-Adrian Velazquez. A pardon wipes away a conviction, while a commutation shortens a sentence but lets the conviction stand.

Velazquez, 45, has been serving 25 years to life on a murder conviction in the shooting of long-retired police officer Albert Ward. He was killed during a robbery in an underground betting parlor in Harlem.

Velazquez and his mother have said he was on the phone with her from his Bronx home at the time. The case against him hinged on four eyewitnesses, two of whom later recanted their identifications of him, although prosecutors said one later changed his mind again.

After reviewing Velazquez’ innocence claim, the Manhattan District Attorney Cyrus R. Vance Jr.‘s office decided in 2013 to stand by the conviction. Prosecutors said that the recantations didn’t merit overturning the conviction and that a lead to another potential suspect didn’t go anywhere.

Sheen got involved in the case after learning about it from his lawyer, a friend of Velazquez’ attorney. The “West Wing” and “Apocalypse Now” star held a 2011 press conference to spotlight the case and continued backing Velazquez after the DA’s decision. NBC’S “Dateline” examined the case in 2012.

A release from Cuomo’s office didn’t address the court fight, pointing instead to Velazquez’ accomplishments behind bars. He earned a bachelor’s degree, has worked from behind bars as a teaching fellow for a Columbia University professor and established programs that enlist inmates to counter gun violence and talk to prison officials and the public, leading to gun buyback, youth mentorship and other programs, according to Cuomo’s office.

Velazquez’ lawyer, Robert Gottlieb, said he was working to confirm when his client would be released.

“I am thrilled for a wonderful man who should never have been convicted and remained locked up for years because DA Vance looked the other way in the face of an injustice,” Gottlieb said.

A request for comment was sent to the DA’s office.

Cuomo has issued pardons and clemencies on several occasions in recent years, with many of the pardons going to immigrants facing deportation, where a pardon could be beneficial to their attempts to be allowed to remain in the country.

The governor’s office said all five people pardoned Tuesday were in that position. The other four people receiving commutations in addition to Velazquez were also cited for what they accomplished while in prison.

Cuomo’s last day in office will be Aug. 23. He is stepping down after the release of a report that found he had sexually harassed at least 11 women.

Cuomo has denied touching anyone inappropriately and said some of his comments had been misunderstood. But he said fighting to stay in office would hurt the state. 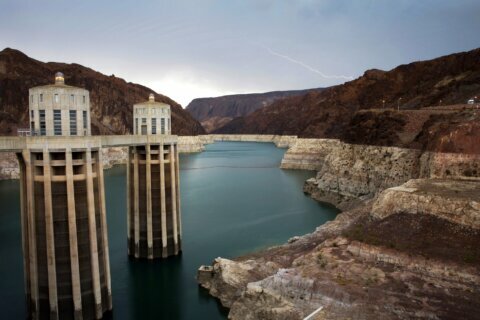