DENVER (AP) — Rural Colorado county officials pled with community members to pass along a message to their missing-in-action county clerk who is being investigated for an election security breach: “Come home.”

Mesa County commissioners made their plea Tuesday during a meeting attended by supporters of Mesa County Clerk Tina Peters, who has not made any local appearances since Colorado’s Secretary of State Jena Griswold opened an investigation into the county elections office in early August. A second investigation by the FBI and Mesa County district attorney is also ongoing for possible criminal actions.

Peters is still being paid a salary.

The commissioners’ meeting lasted more than two hours as they debunked false election claims and defended their selection of former Secretary of State Wayne Williams to run the county’s elections while Peters is out, the Grand Junction Sentinel reported.

Griswold said images of election management software used by the county’s elections equipment were obtained by conspiracy theorists and posted on far-right blogs. Griswold’s office also said it believes one of the images was taken on May 23 from a secure room where the equipment was stored and accessed by Peters, who allowed a non-employee into the office.

Griswold’s office identified the non-employee but refused to say anything more about who he is or why he was there. The Associated Press isn’t naming him until more information becomes available. He has not been charged with a crime.

“If you do, or you know somebody who does, call Tina, tell her to come out of hiding and come home,” Mesa County Commissioner Scott McInnis told the audience.

Mesa County commissioners also approved a new elections’ equipment contract with Dominion Voting Systems, which is the subject of several lawsuits by conservative supporters of former President Donald Trump who have called for audits of the 2020 election for alleged voter fraud. A range of election officials across the country, including Trump’s former attorney general, William Barr, have confirmed that widespread fraud did not occur.

After deeming Peters unfit to host upcoming elections, Griswold had appointed Mesa County’s treasurer and a three-person advisory committee to stand in her place. However, after unanimous consent by the local commissioners, former Secretary Williams will officially replace Peters.

Peters’ most recent public comments criticizing Griswold’s actions and Dominion’s machines were broadcast on “The Lindell Report” hosted by My Pillow chief executive Mike Lindell, who has become well-known for his unwavering support of Trump and efforts to overturn the 2020 election. It’s not clear when the interview with Peters was filmed. But Lindell’s show started airing this week at 11 a.m. CST.

She reiterated previous claims that Griswold’s staff “raided” her elections office and refused to let the Mesa County Deputy Clerk observe the Secretary of State’s team in the Mesa office when they began their investigation.

“They could’ve just asked me. They didn’t have to come in with all barrels blazing,” Peters said.

Early on in the investigation, Griswold said her team sent an order to Peters to inspect the elections equipment and relevant paperwork but the clerk did not respond. She then appeared at a South Dakota event hosted by Lindell where she blasted the inquiry.

She also reiterated claims that the investigation led by Griswold — who is a Democrat — is an attempt to take over one of the few remaining conservative counties in Colorado.

County commissioners told the audience they hadn’t heard from Peters until two days ago through a third person, McInnis said, adding that her message was in “biblical terms.”

The new Dominion Voting Systems contract will include a $3,300 ballot audit review module that would allow people to see images of all ballots cast.

Fed: On track to slow support for economy later this year 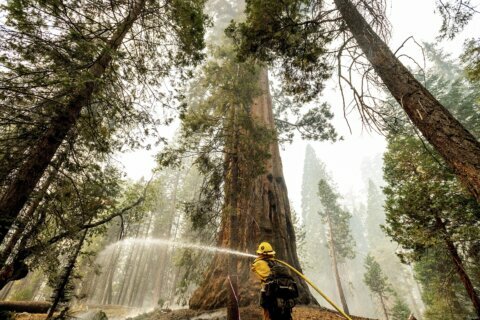 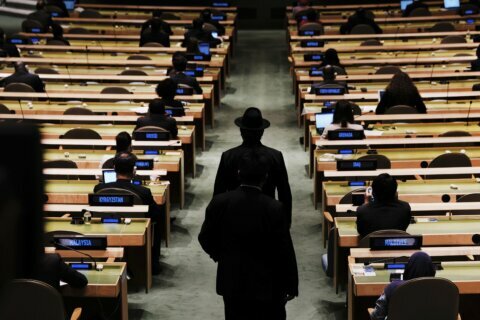