The “monster” who stabbed a woman to death and also killed her dog as they walked in a popular Atlanta park must be taken off the streets, but rumors are not helping police to solve the case, the city’s mayor said Tuesday.
Listen now to WTOP News WTOP.com | Alexa | Google Home | WTOP App | 103.5 FM

MARIETTA, Ga. (AP) — The “monster” who stabbed a woman to death and also killed her dog as they walked in a popular Atlanta park must be taken off the streets, but rumors are not helping police to solve the case, the city’s mayor said Tuesday.

In a slaying that has stoked intense interest and fear across the city, Katherine Janness, 40, was found just inside an entrance to Piedmont Park about 1 a.m. on July 28. She had been stabbed multiple times in what the deputy police chief described as a gruesome scene. Her dog, Bowie, was found dead nearby.

“I know there have been several rumors that there is a serial killer on the loose in our city,” Mayor Keisha Lance Bottoms said at a Tuesday briefing. “We don’t have any evidence of that.”

Janness was a member of the city’s LGBTQ community, and Bottoms also addressed speculation that the killing was a hate crime. “As of now, we don’t have any proof of that,” she said.

The rumors and false information being spread on social media are not helpful to the investigation and “will not help us get this monster off of the street,” Bottoms said.

Police on Tuesday released images from surveillance cameras showing six possible witnesses who were in and around the park around the time of the slaying. They’re hoping for the public’s help to identify them.

“Not saying that they’re responsible — I want to be clear about that,” Atlanta police Deputy Chief Charles Hampton Jr. said. “But we’re hoping they saw something that could further our investigation.”

Detectives have also gone door-to-door in neighborhoods near the park, asking neighbors and businesses for surveillance footage. A $10,000 reward was initially offered for information regarding the slaying, and a member of People for Ethical Treatment of Animals doubled that by putting up an additional $10,000, the animal rights group announced Tuesday.

The homicide “was so unique that I felt that we needed to collaborate with as many resources as we possibly can,” Bryant said.

Janness, known to her friends as Katie, was a bartender at a nearby restaurant, friends and relatives said. She was also a devoted daughter, sister, wife, and a friend of many, Hampton said.

“She was a vocal advocate for social justice,” he said. “Now it’s time for us to give justice for Katie.”

Texas doctor who defied the state’s abortion ban is sued 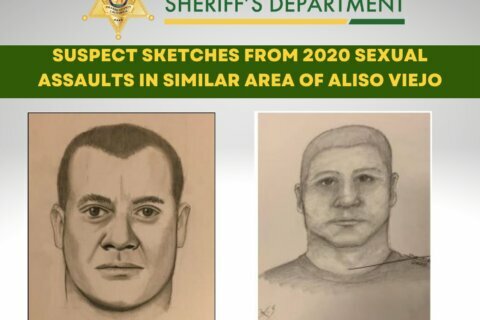