HOUSTON (AP) — Prosecutors on Thursday charged a woman with capital murder in the death of a 5-year-old Houston boy she had been caring for and whose body was allegedly kept in a storage unit before being discovered in an East Texas motel.

Theresa Balboa, 29, previously was arrested and charged with tampering with evidence, a human corpse, in the death of Samuel Olson, whose father Balboa was dating.

Samuel’s cause of death was ruled a homicide, but the Harris County District Attorney’s Office had waited to charge Balboa with capital murder until investigating how he was killed. Court documents allege Balboa hit the boy “with a blunt object,” but did not provide additional details.

Prosecutors previously said they had been testing a possible murder weapon.

According to a criminal complaint filed Thursday, prosecutors allege Balboa killed Samuel on May 12, just over two weeks before she reported him missing on May 27. Samuel would have turned 6 on May 29.

According to a previously filed arrest affidavit, Samuel’s body was kept in a bathtub at Balboa’s and Rivera’s suburban Houston apartment until they put it in a plastic tote and hid it in a storage unit on May 13.

Authorities allege that on June 1, Walker helped Balboa move Samuel’s body from the storage unit to a motel in Jasper, about 135 miles (215 kilometers) to the northeast, where it was found inside the plastic tote in a room Walker rented for Balboa.

After Walker helped Balboa move the body to Jasper, he called authorities to let them know where it was, police allege. Prosecutors said Balboa was on her way to Louisiana when she was arrested in Jasper.

Balboa, 29, remains jailed on bonds totaling $600,000 for the tampering charge and another count from a separate case. But prosecutors are now requesting she be held without bond on the capital murder charge. Rivera, 27, and Walker, 27, were freed after posting bond.

Balboa’s next court hearing is set for Monday.

Samuel’s parents had filed for divorce in January 2020. His mother had primary custody, but she hadn’t seen her son since the summer of 2020, according to her attorneys.

“I just want justice to be served against all those involved in the death of my baby,” Sarah Olson, Samuel’s mother, said in a statement. She planned to speak at a news conference on Friday. 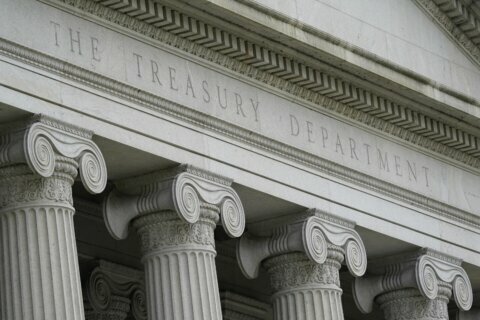