NEW YORK (AP) — A consortium of businesses and nonprofits will run Central Park’s Wollman rink, one of four recreational concessions that were operated by Donald Trump’s company until the city canceled its contracts with the former president, the city Department of Parks and Recreation announced Tuesday.

A joint venture called Wollman Park Partners LLC is expected to be awarded a five-year contract to run the rink after submitting the winning bid for the project, city officials said.

“It’s the Summer of New York City, but we’re already preparing for an iconic winter, too,” New York Mayor Bill de Blasio said in a news release. “I’m thrilled that NYC Parks has found a quality operator for Wollman Rink that is committed to reinvesting in the community and creating a welcoming space for all New Yorkers.”

De Blasio, a Democrat, announced in January that the city would terminate business contracts with the Trump Organization over Trump’s role in the Jan. 6 insurrection at the U.S. Capitol.

The cancellations affected a golf course in the Bronx and a carousel and two ice skating rinks in Central Park.

De Blasio has said he expects the city to prevail in any litigation over the Trump contracts.

While Wollman Rink in the southern section of Central Park should open this winter, Lasker Rink in the park’s northern section is being replaced with a new rink and swimming pool and will be closed during the upgrade, Parks Department officials said.

Central Amusement International, an amusement park developer, has been chosen to operate the carousel, officials said. 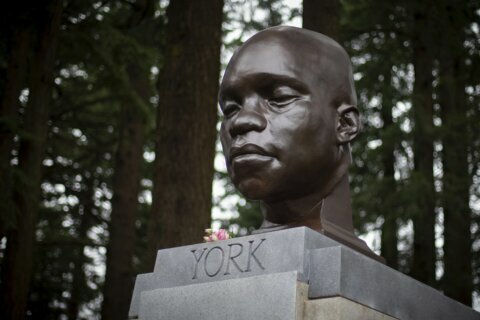