“An initiative that simply costs money to implement does not necessarily require the appropriation of funds,” judges wrote, “so long as the General Assembly maintains discretion in appropriating funds to implement that initiative.”

Three women who were newly eligible for Medicaid sued after Republican Gov. Mike Parson refused to implement it July 1 because the GOP-led Legislature didn’t set aside any extra money for it in the state budget.

Supreme Court judges didn’t issue an order to force Parson to begin providing services to newly eligible Medicaid recipients. They left it up to the lower court judge “to enter judgment for the plaintiffs, which includes determination of the appropriate injunctive relief.”

Judges wrote that even though there’s no extra funding in the budget specifically to pay for newly eligible residents, the state still is required to provide health care for them as called for in the new constitutional amendment. That could force state lawmakers to return midyear to set aside more money for the program.

One of the plaintiffs’ attorneys Chuck Hatfield on Thursday said the fact that the ruling was unanimous “sends an important message” that the state is ultimately going to have to cover the full cost of the expansion.

“We’ve got a large group of people out there who are just above the poverty line,” Hatfield said. “These are the working poor. They need health care services.”

He also noted that the ruling will mean that since the federal government pays for most of the cost of Medicaid, Missouri will see a large infusion of funds “to pay the nurses and doctors and pharmacists that provide the service.”

Critics of Medicaid expansion, primarily Republicans, have said it could end up costing the state money and therefore cut into funding for other government services.

Advocates for the expansion said they were relieved by the ruling.

“We look forward to seeing Medicaid expansion swiftly implemented by the State so that all eligible Missourians receive the access to healthcare they need,” read a statement from the group Healthcare for Missouri. “This is not a partisan issue or a political issue – it’s a people issue.”

Before Medicaid expansion, Missouri’s health care program did not cover most adults without children, and its income eligibility threshold for parents was one of the lowest in the nation, at about one-fifth of the poverty level. The expansion is expected to add Medicaid eligibility for up to 275,000 low-income Missourians.

Ballentine contributed to this report from Columbia, Missouri.

Will Trump be spoiler as California GOP seeks Newsom recall? 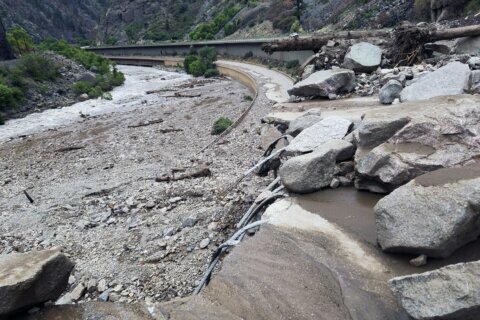