Are Jan. 6 rioters traitors? So far, criminal charges say no

Key figures in the Jan. 6 riot on U.S. Capitol spoke about their desire to overthrow the government, but to date, U.S prosecutors have charged no one with sedition. Prosecutors may be reluctant to bring such charges because of their legal complexity and the difficulty in securing convictions
Listen now to WTOP News WTOP.com | Alexa | Google Home | WTOP App | 103.5 FM

CHICAGO (AP) — Plotted to block the certification of Joe Biden’s election victory: Check. Discussed bringing weapons into Washington to aid in the plan: Check. Succeeded with co-insurrectionists, if only temporarily, in stopping Congress from carrying out a vital constitutional duty: Check.

Accusations against Jan. 6 rioter Thomas Caldwell certainly seem to fit the charge of sedition as it’s generally understood — inciting revolt against the government. And the possibility of charging him and others was widely discussed after thousands of pro-Trump supporters assaulted scores of police officers, defaced the U.S. Capitol and hunted for lawmakers to stop the certification. Some called their actions treasonous.

But to date, neither Caldwell nor any of the other more than 500 defendants accused in the attack has been indicted for sedition or for the gravest of crimes a citizen can face, treason. And as an increasing number of lesser charges are filed and defendants plead guilty, those accusations may never be formally levied.

Some legal scholars say that sedition charges could be justified but that prosecutors may be reluctant to bring them because of their legal complexity and the difficulty historically in securing convictions. Overzealousness in applying them going back centuries has also discredited their use. And defense attorneys say discussions of such charges only add to the hyperbole around the events of that day.

Overall, the bar for proving sedition isn’t as high as it is for the related charge of treason. Still, sedition charges have been rare.

The last time U.S. prosecutors brought such a case was in 2010 in an alleged Michigan plot by members of the Hutaree militia to incite an uprising against the government. But a judge ordered acquittals on the sedition conspiracy charges at a 2012 trial, saying prosecutors relied too much on hateful diatribes protected by the First Amendment and didn’t, as required, prove the accused ever had detailed plans for a rebellion.

Among the last successful convictions for seditious conspiracy stemmed from another, now largely forgotten storming of the Capitol in 1954 when four Puerto Rican nationalists opened fire on the House floor, wounding five representatives.

Treason is one of the few crimes specifically defined in the Constitution. It’s defined as “levying war” against the U.S. or “giving aid and comfort” to its enemies. Legal scholars say the Founding Fathers, who were themselves accused of treason by the British, sought to clearly articulate it because they knew the potential to misapply it to legitimate dissent.

In a landmark ruling in 1807, Chief Justice John Marshall wrote that treason required a citizen actually go to war against the United States, not to just brainstorm or draw up plans for it. Even recruiting and training rebels for war, he argued, isn’t treason if war is never engaged.

In the history of the U.S., the government has convicted fewer than 10 people for treason, according to the FBI.

Among the last treason cases was of American-born Iva Toguri D’Aquino — known as “Tokyo Rose” during World War II for her anti-American broadcasts — convicted in 1949 of “giving aid and comfort” to Japan. President Gerald Ford pardoned her in 1977 after reports U.S. authorities pressured some witnesses to lie.

The only American charged with treason since the World II era was Adam Gadahn, indicted in 2006 for giving “aid and comfort” to al-Qaida. Before he could be tried, he was killed by a U.S. drone strike in Pakistan.

Carlton Larson, a University of California law professor and author of “On Treason: A Citizen’s Guide to the Law,” ruled out treason for the Jan. 6 rioters. But he believes some qualify for a provision of seditious conspiracy on “hindering” the execution of U.S. laws. “I think it easily fits,” he said.

But the memo said the Justice Department believed the statute doesn’t require proof of a plot to overthrow the government and could also be used when a defendant tries to oppose the government’s authority by force.

In the weeks after the Capitol attack, federal prosecutors said they were looking at all possible charges. Washington’s then-acting U.S. Attorney Michael Sherwin told CBS’ “60 Minutes” on March 17 that prosecutors were mulling seditious conspiracy charges against some rioters.

“I believe the facts do support those charges,” Sherwin said. “And I think that, as we go forward, more facts will support that.”

He had first floated the possibility in January, saying a special group of prosecutors was examining whether they would apply to any rioters. The Justice Department did not respond to questions about what happened to that group, or why no sedition charges were ever brought. And Sherwin’s comments were criticized by a federal judge and defense lawyers who said it was inappropriate to discuss ongoing investigations publicly. He left the Justice Department soon after.

The Justice Department is continuing its work to prosecute a record number of cases. But they have so far opted for comparatively run-of-the-mill charges, like entering a restricted area and obstructing an official proceeding. Caldwell faces those charges, as well as conspiracy, which, like sedition, carries a maximum 20-year prison term. Treason carries a possible death sentence.

He has been charged alongside other members and associates of the far-right Oath Keepers extremist group with conspiring to block the vote certification. He later boasted in a message to a friend about grabbing an American flag, joining the crowd that surged toward the Capitol and saying “let’s storm the place and hang the traitors.” The 65-year-old from Virginia told his friend, “If we’d had guns I guarantee we would have killed 100 politicians.”

Defense attorneys say hyperbole has been a hallmark of the Jan. 6 prosecutions.

“If grandiose rhetoric was evidence, the Government’s case would be very strong,” Caldwell’s lawyer, David Fischer, wrote in one filing. He didn’t respond to a message seeking comment.

In filings, Fischer also said prosecutors took his client’s words out of context to falsely accuse an ailing 20-year military veteran. He said Caldwell, like many veterans, was prone to puffery and enjoyed portraying himself in recounting his actions on Jan. 6 as a movie character who picks up a battle flag to lead the charge.

On Jan. 5, another rioter, Guy Reffitt, allegedly spoke of “dragging … people out of the Capitol by their ankles” and installing a new government. The 48-year-old Texan came prepared for battle on Jan. 6, carrying a gun and wearing body armor as he pushed through Capitol police lines as officers shot him with rubber bullets, prosecutors said.

Charges against Reffitt include entering a restricted building with a deadly weapon, as well as obstructing justice by threatening his teenage children. The oil industry consultant allegedly told them later in January they’d be traitors if they turned him in. He added, “Traitors get shot.”

In an unapologetic note written from jail and filed with the court in May, Reffitt denied there had ever been a conspiracy, and provided a chilling reason.

“If overthrow (of the government) was the quest,” Reffitt wrote about Jan. 6, “it would have no doubt been overthrown.” 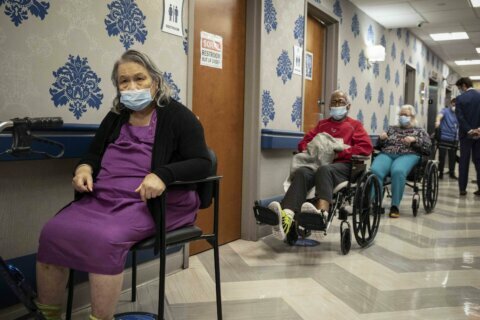