It began with a highly unusual offer from two business executives — who both have billions in wealth — to…
Listen now to WTOP News WTOP.com | Alexa | Google Home | WTOP App | 103.5 FM

It began with a highly unusual offer from two business executives — who both have billions in wealth — to bankroll a distressed city government. Five years later, the marriage of government and philanthropy born of that $70 million gift looks as though it will last forever.

Kalamazoo, Michigan, officials gathered on the steps of their nearly century-old, Art Deco city hall on Wednesday to announce an anonymous commitment of $400 million to an endowment established in 2017 to spin off annual revenues for the city indefinitely. The Kalamazoo Foundation for Excellence now holds close to its $500 million goal, according to officials, and is expected to generate about $25 million a year. The city’s 2021 budget is $214 million.

The philanthropy dollars will support the city’s general fund and pay for what the city calls “aspirational” projects to, among other things, reduce poverty and rebuild infrastructure.

In the most unusual element of the arrangement, the dollars also will cover revenue losses the city faces from a 38 percent property tax cut enacted in 2017. The goal of this direct payment to the city’s coffers: help Kalamazoo, population 75,000, battle for jobs and talent with Southwest Michigan’s many other localities.

At a press event to announce the gift, a giddy Mayor David Anderson declared that Kalamazoo now has secured philanthropy support in perpetuity. “We are putting a stake in the ground for our children and our children’s children,” he said.

City officials provided no information about the donor (or donors) except to say that the gift was from one or more longtime residents. Former Mayor Bobby Hopewell, who helped engineer the original $70 million donation and set up the foundation, called the commitment a demonstration of loyalty to Kalamazoo that those living outside the tight-knit city might not understand.

“We all know that whoever the donors are, with that kind of money, you can live anywhere you want,” Hopewell said. “You could give your money to anything you want. But instead you gave it to the community.”

With its half-a-billion-dollar endowment, Kalamazoo has one-of-a-kind charitable backing, something every mayor “would die for,” Hopewell noted. By comparison, 10 foundations — many of them national grant makers like Ford and Knight — joined with the Detroit Institute of Arts to put up $466 million in 2014 to pay the pension debts of then-bankrupt Detroit. That was a one-time bailout, and it was for a city with a population almost 10 times the size of Kalamazoo.

Making philanthropy a permanent a municipal budget, a line item that pays for basic services and tax relief, is something altogether new. “It’s historic in the sense that I don’t know of any other city having its operations funded by philanthropy at this scale,” said Michelle Miller-Adams, a professor of political science at Michigan’s Grand Valley State University who studies philanthropy and is a Kalamazoo resident.

Philanthropy has been directly infusing Kalamazoo’s government with cash for almost five years now. The city has spent or budgeted more than $120 million in gifts made to the foundation since 2017 and passed directly to the city. Half of those dollars papered over the property-tax losses. Indeed, taxpayers are told upfront that philanthropy is footing the bill for a tax cut: Their tax bills calculate exactly how much each household has saved as a result of the foundation.

William Johnston and William Parfet — longtime major philanthropists in the area sometimes called the “two Bills” — made that first pledge of $70 million in 2016. At the time, budget woes had forced the city to cut staff and programs, and it was weighing a new income tax that some worried could lead homeowners and businesses to relocate just outside the city’s borders.

Johnston is chairman of a holding company for Kalamazoo businesses that include a wealth-management company. He also owns the local minor-league hockey team. His wife is billionaire Ronda Stryker, an heir to wealth from the family’s medical-devices company. Parfet, who founded a pharmaceutical-testing company, inherited some of the fortune generated by the Upjohn pharmaceuticals company, which opened in Kalamazoo in 1886 and now is part of Pfizer.

Since that 2016 gift, the city has received another $85 million in commitments from the Stryker Johnston Foundation, the family grant maker of Ronda Stryker and William Johnston.

The Foundation for Excellence was created as part of the original Johnston-Parfet pledge. With Hopewell and other city officials, the two had said that within three years, they would build a $500 million endowment that would fund city operations and projects in perpetuity. Johnston and Parfet talked of mounting a national fundraising campaign, and a fundraising consultant was hired. Only one gift, a 2020 anonymous gift of $87 million in stock, was publicly announced. Assets in the foundation stood at $96 million at the end of 2020, according to tax filings.

Big gifts aimed broadly to make Kalamazoo a better place to live are fairly commonplace, and donors frequently remain a mystery. In 2005, anonymous donors created the Kalamazoo Promise, a fund that pays tuition at Michigan public and private colleges for residents who graduate from the city’s public schools. The scholarships — more than $150 million have been awarded — are a selling point for the city and its realtors, and graduation rates have steadily increased.

Last month, Western Michigan University, one of the city’s anchors, announced it had received a $550 million gift from anonymous alumni — one of the largest contributions to a U.S. public college. Western Michigan’s endowment stands at less than $500 million.

When Kalamazoo’s elected city commission approved the creation of the Foundation for Excellence in 2017, critics worried that billionaire donors would dictate decisions to elected officials and subvert the will of the voters. Others worried that residents would balk at future taxes and expect a philanthropic rescue for any problems.

With Wednesday’s announcement, some are raising questions about the anonymity of the gift and the additional influence it may afford the city’s wealthy over Kalamazoo matters. City officials counter that foundation’s Board of Directors, which is made up largely of private citizens, holds open meetings and publishes details about its spending. Dollars for the “aspirational” projects are distributed according the city’s strategic plan, which was developed with considerable public input. The foundation’s website shows how much money is being spent in each city neighborhood, transparency it hopes will show residents that funding is equitable.

Miller-Adams said the city has been careful to structure decision making so that donors do not have direct influence on the city’s budget and foundation projects. “The donors are quite absent from those discussions,” she said.

Programs and projects paid for with $45 million of the donated funds have generally been well received. Last fall, city officials determined that nearly three-quarters of 145 specific actions outlined in the city’s strategic plan had been completed. These include rehabbing and building city parks, expansion of job training for teenagers, replacement of dangerous lead pipes, and sidewalk repair. In its dire times, the city had zeroed out its budget for sidewalks — not ideal when walkability has become a popular measure for a city’s livability.

At the pandemic’s start last year, the city partnered with the local United Way to create virtually overnight a special low-interest loan fund to help tide businesses over as they waited for state and federal aid. Funding also went to provide Wi-Fi hotspots for students in distance learning and to support nonprofits providing food, utility relief, and housing. “That definitely saved lives — there’s no doubt about it,” said Steven Brown, the foundation’s manager. “And it kept standards of living from sliding backward generations.”

The city has partnered with the Kalamazoo affiliate of the Local Initiatives Support Corporation and other nonprofits to determine how best to spend the nearly $8 million targeted for affordable housing. With that money, LISC in Kalamazoo won an additional $31 million in support from its national organization, said executive director Zac Bauer.

Bauer said the grants have been “catalyzing funds” that brought together many affordable-housing groups to determine how best to use the new money. “These funds have created the space to think about big ideas,” he said.

The most immediate result has been a surge in new construction, rehabilitation of homes, and development of new rental housing. Nearly 650 multifamily units and single-family homes have been built or rehabilitated through the foundation, according to the city. “We wouldn’t have been able to do a fraction of this work without this money,” Bauer said. 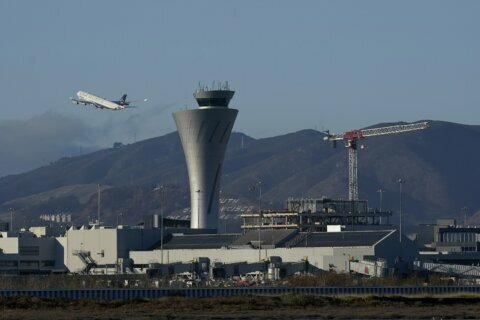