SALT LAKE CITY (AP) — Three men have been arrested in connection with the death of a 7-year-old girl who was hit by a stray bullet inside her Utah home, authorities said.

The girl died at Heber Valley Hospital on Friday night, the Wasatch County Sheriff’s Office said. The child’s name was not released.

Christopher O’Connell, 34, was arrested Saturday on suspicion of manslaughter and is facing other drugs and weapons charges. Two other men, Colin Howells, 36, and Trever Pinter, 21, were also arrested over alleged crimes not directly related to the girl’s death.

It was not immediately known if the three suspects had an attorney who could comment on their behalf.

Police found O’Connell near the apartment in Heber City, about 45 miles (70 kilometers) southeast of Salt Lake City, after the shooting, according to police records. Detectives said his speech was slurred and he had a handgun.

Howells and O’Connell were inside Pinter’s neighboring apartment Friday night, according to arrest documents. Officers found a bullet hole in the wall of the apartment that continued into the girl’s apartment, documents said.

Detectives spoke to two women who say Howells and O’Connell sexually assaulted them in Pinter’s apartment. The women also said they saw O’Connell pull out a gun and wave it around and asked him to put it away.

According to police documents, Howells told officers that he had consumed alcohol and prescription medication that night.

O’Connell has been convicted for driving under the influence at least three times, KSL TV reported. Howells was also convicted in a drunken incident in 2016 and was charged with a DUI in January.

Pinter and Howells were released on bail. O’Connell was ordered to be held without bail. 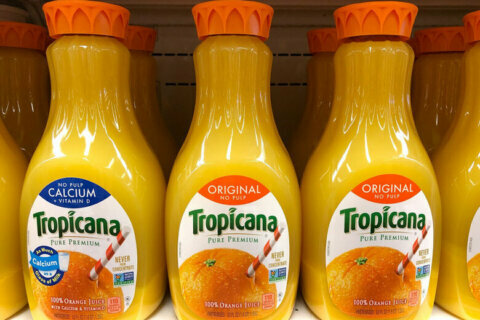