Driven by pandemic, Venezuelans uproot again to come to US

DEL RIO, Texas (AP) — Marianela Rojas huddles in prayer with her fellow migrants, a tearful respite after trudging across a slow-flowing stretch of the Rio Grande and nearly collapsing onto someone’s backyard lawn, where, seconds before, she stepped on American soil for the first time.

“I won’t say it again,” interrupts a U.S. Border Patrol agent, giving orders in Spanish for Rojas and a dozen others to get into an idling detention van. “Only passports and money in your hands. Everything else — earrings, chains, rings, watches — in your backpacks. Hats and shoelaces too.”

It’s a frequent scene across the U.S.-Mexico border at a time of swelling migration. But these aren’t farmers and low-wage workers from Mexico or Central America, who make up the bulk of those crossing. They’re bankers, doctors and engineers from Venezuela, and they’re arriving in record numbers as they flee turmoil in the country with the world’s largest oil reserves and pandemic-induced pain across South America.

Two days after Rojas crossed, she left detention and rushed to catch a bus out of the Texas town of Del Rio. Between phone calls to loved ones who didn’t know where she was, the 54-year-old recounted fleeing hardship in Venezuela a few years ago, leaving a paid-off home and once-solid career as an elementary school teacher for a fresh start in Ecuador.

But when the little work she found cleaning houses dried up, she decided to uproot again — this time without her children.

“It’s over, it’s all over,” she said into the phone recently, crying as her toddler grandson appeared shirtless on screen. “Everything was perfect. I didn’t stop moving for one second.”

Last month, 7,484 Venezuelans were encountered by Border Patrol agents along the U.S.-Mexico border — more than all 14 years for which records exist.

The surprise increase has drawn comparisons to the midcentury influx of Cubans fleeing Fidel Castro’s communist rule. It’s also a harbinger of a new type of migration that has caught the Biden administration off guard: pandemic refugees.

Many of the nearly 17,306 Venezuelans who have crossed the southern border illegally since January had been living for years in other South American countries, part of an exodus of nearly 6 million Venezuelans since President Nicolás Maduro took power in 2013.

While some are government opponents fearing harassment and jailing, the vast majority are escaping long-running economic devastation marked by blackouts and shortages of food and medicine.

With the pandemic still raging in many parts of South America, they have had to relocate again. Increasingly, they’re being joined at the U.S. border by people from the countries they initially fled to — even larger numbers of Ecuadorians and Brazilians have arrived this year — as well as far-flung nations hit hard by the virus, like India and Uzbekistan.

U.S. government data shows that 42% of all families encountered along the border in May hailed from places other than Mexico, El Salvador, Guatemala and Honduras — the traditional drivers of migratory trends. That compares with just 8% during the last sharp increase in migration in 2019. The Border Patrol recorded more than 180,000 encounters in May, a two-decade high that includes migrants’ repeated attempts to cross.

Compared with other migrants, Venezuelans garner certain privileges — a reflection of their firmer financial standing, higher education levels and U.S. policies that have failed to remove Maduro but nonetheless made deportation all but impossible.

The vast majority enter the U.S. near Del Rio, a town of 35,000 people, and they don’t try to evade detention but rather turn themselves in to Border Patrol agents to seek asylum.

Like many of the dozens of Venezuelans The Associated Press spoke to this month in Del Rio, 27-year-old Lis Briceno had already migrated once before. After graduating with a degree in petroleum engineering, she couldn’t get hired in the oil fields near her hometown of Maracaibo without declaring her loyalty to Venezuela’s socialist leadership. So she moved to Chile a few years ago, finding work with a technology company.

But as anti-government unrest and the pandemic tanked Chile’s economy, sales plunged and her company shuttered.

Briceno sold what she could — a refrigerator, a telephone, her bed — to raise the $4,000 needed for her journey to the U.S. She filled a backpack and set out with a heart lock amulet she got from a friend to ward off evil spirits.

“I always thought I’d come here on vacation, to visit the places you see in the movies,” Briceno said. “But doing this? Never.”

While Central Americans and others can spend months trekking through the jungle, stowing away on freight trains and sleeping in makeshift camps run by cartels on their way north, most Venezuelans reach the U.S. in as little as four days.

“This is a journey they’re definitely prepared for from a financial standpoint,” said Tiffany Burrow, who runs the Val Verde Border Humanitarian Coalition’s shelter in Del Rio, where migrants can eat, clean up and buy bus tickets to Miami, Houston and other cities with large Venezuelan communities.

They first fly to Mexico City or Cancun, where foreign visitors are down sharply but nearly 45,000 Venezuelans arrived in the first four months of 2021. Smugglers promoting themselves as “travel agencies” have cropped up on Facebook, claiming to offer hassle-free transport to the U.S. in exchange for about $3,000.

“We’re doing things the way they do things here — under the table,” a smuggler said in a voice message a migrant shared with the AP. “You’ll never be alone. Someone will always be with you.”

The steep price includes a guided sendoff from Ciudad Acuna, where the bulk of Venezuelans cross the Rio Grande. The hardscrabble town a few hundred wet steps from Del Rio is attractive to both smugglers and migrants with deeper pockets because it had been largely spared the violence seen elsewhere on the border.

“If you’re a smuggler in the business of moving a commodity — because that’s how they view money, guns, people, drugs and everything they move, as a product — then you want to move it through the safest area possible charging the highest price,” said Austin L. Skero II, chief of the U.S. Border Patrol’s Del Rio sector.

But the number of smugglers caught with weapons has recently increased in the area, and agents who normally hunt down criminals are tied up processing migrants.

The uptick in migrants crossing is “purely a diversion tactic used by the cartels” to carry out crime, Skero said as a group of Haitians carrying young children emerged from a thicket of tall carrizo cane on the riverbank.

Once in the U.S., Venezuelans tend to fare better than other groups. In March, Biden granted Temporary Protected Status to an estimated 320,000 Venezuelans. The designation allows people coming from countries ravaged by war or disaster to work legally in the U.S. and gives protection from deportation.

While new arrivals don’t qualify, Venezuelans requesting asylum — as almost all do — tend to succeed, partly because the U.S. government corroborates reports of political repression. Only 26% of asylum requests from Venezuelans have been denied this year, compared with an 80% rejection rate for asylum-seekers from poorer, violence-plagued countries in Central America, according to Syracuse University’s Transactional Records Access Clearinghouse.

“I can write their asylum requests almost by heart,” said Jodi Goodwin, an immigration attorney in Harlingen, Texas, who has represented over 100 Venezuelans. “These are higher-educated people who can advocate for themselves and tell their story in a chronological, clean way that judges are accustomed to thinking.”

Even Venezuelans facing deportation have hope. The Trump administration broke diplomatic relations with Maduro when it recognized Juan Guaidó as Venezuela’s rightful leader in 2019. Air travel is suspended, even charter flights, making removal next to impossible.

Meanwhile, as the migrants leave Del Rio to reconnect with loved ones in the U.S., they are confident that with sacrifice and hard work, they’ll get an opportunity denied them back home.

Briceno said that if she had stayed in Venezuela, she would earn the equivalent of $50 a month — barely enough to scrape by.

“The truth is,” says Briceno, hustling to catch a bus to Houston where her boyfriend landed a well-paying oil industry job, “it’s better to wash toilets here than being an engineer over there.” 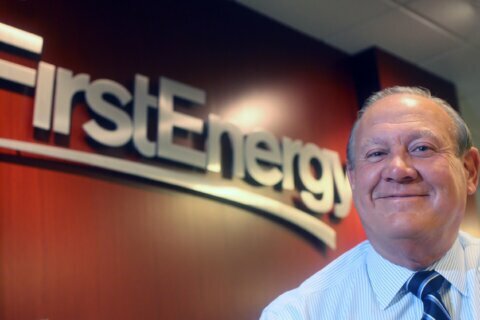 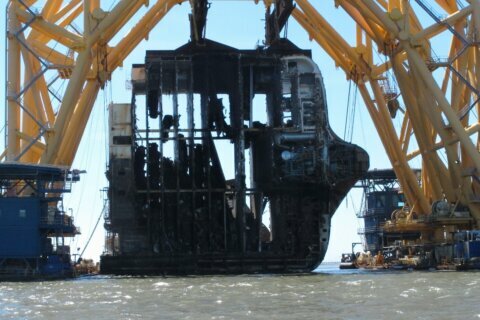