South Dakota AG objects to cameras in court at his trial

PIERRE, S.D. (AP) — South Dakota’s attorney general wants to keep cameras and audio recording devices out of the courtroom when he goes on trial in connection with the death of a man along a highway.

A court document recently filed on behalf of Ravnsborg objects to cameras or audio recordings during his trial, which is scheduled to start Aug. 26.

The attorney general is charged with careless driving, operating a vehicle while on an electronic device and driving outside of his lane.

Investigators say Ravnsborg was distracted the night of Sept. 12, swerved out of his lane near Highmore and struck the 55-year-old Boever, who was walking on the shoulder with a flashlight.

Boever crashed headfirst through the windshield of Ravnsborg’s car with his glasses landing inside the vehicle, according to authorities. Ravnsborg told officials he never saw Boever and thought he struck a deer.

Hyde County Sheriff Mike Volek responded to the scene and let Ravnsborg drive his car home to Pierre. Ravnsborg said they didn’t realize he hit and killed a person until he returned to the scene the next morning.

Gov. Kristi Noem, three law enforcement organizations and some legislators have called on Ravnsborg to resign.

Each charge against the attorney general carries a maximum penalty of 30 days in jail and a $500 fine.

This story has been corrected to show that Mike Volek is the sheriff in Hyde County, not Hughes County. 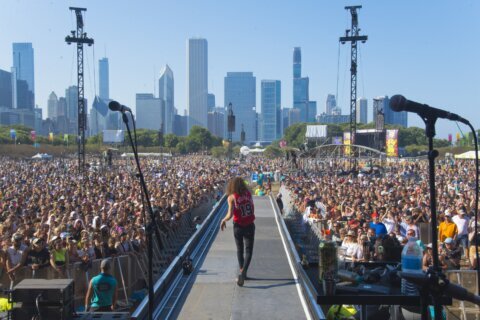