SPRINGFIELD, Ohio (AP) — An Ohio police officer responding to reports of shots fired accidentally struck a wounded man who was lying in a street, authorities said.

Eric Cole, 42, of Springfield, was flown to a hospital but was pronounced dead there a short time later. It’s not yet known if his death was caused by the shooting, the accident or both, authorities said.

The incident occurred Sunday night in Springfield. Police Chief Lee Graf said there was some initial confusion about where the shooting occurred before the address was confirmed, and officer Amanda Rosales — the first one on the scene — was trying to read addresses on the houses when she hit Cole.

Rosales stopped immediately and began rendering aid to Cole, Graf said. Rosales, who has been with the department for more than a year, was placed on administrative leave while the matter is investigated, which authorities say is standard policy in such cases.

The shooting of Cole apparently stemmed from a dispute involving several people, authorities said, though it’s not clear what caused it or how many shooters may have been involved. The matter remains under investigation and no arrests have been made. 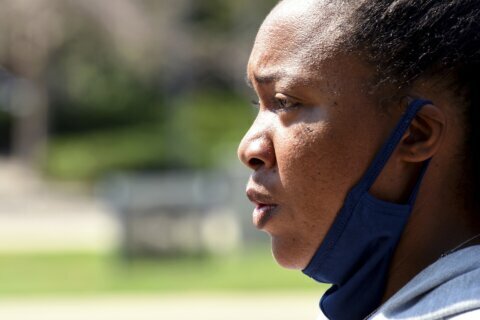