No indictment for Georgia officer who killed Black driver

ATLANTA (AP) — A grand jury has declined to indict a former Georgia state trooper who shot and killed a Black man last year after trying to pull him over for a broken tail light.

Jacob Thompson, who worked for the Georgia State Patrol, had been arrested on charges of felony murder and aggravated assault in the Aug. 7 death of 60-year-old Julian Lewis. After the case was presented to a Screven County grand jury Monday, the grand jurors did not indict Thompson on any of the charges.

Francys Johnson, an attorney for Lewis’ family said they want to see video from the shooting. He also called on District Attorney Daphne Totten to empanel another grand jury to try again to get an indictment.

A woman who answered the phone in Totten’s office on Tuesday said the district attorney was in court in another county. Totten did not immediately respond to phone and email messages seeking comment.

Keith Barber, an attorney for Thompson, released a statement thanking the grand jury for “listening diligently to the evidence in this case and coming to this just and fair determination.”

“We trust this will be the end of this long ordeal that the Thompson family has had to wrongfully experience because of Trooper Jake Thompson only doing his job to protect the Citizens of the State of Georgia,” Barber said.

Lawyers for Lewis’ family had applauded Thompson’s arrest a week after the shooting and subsequent firing by the Georgia State Patrol. They were further heartened when Screven County Judge F. Gates Peed initially denied bond for Thompson in September, saying it “would be inappropriate” to allow bond at that moment given the facts in the case. Peed granted a $100,000 bond in November after seven people, including four law enforcement officers, testified on Thompson’s behalf.

“Make no mistake about it, we believe that this was a very strong case,” Johnson said during a livestreamed news conference in Savannah. “The evidence was there. It still is.”

Barber said Thompson, his family and his defense team offer their condolences to Lewis’s family, but he defended Thompson’s actions.

“Jake Thompson has committed no crime in relation to his interaction with Julian Lewis,” Barber said. “He has clearly shown he only acted in self defense in this situation.”

Thompson, who is white, tried to pull Lewis over for a broken tail light in rural Screven County, near Georgia’s border with South Carolina. When Lewis didn’t immediately stop, the trooper pursued him and forced his car into a ditch, then shot Lewis in the head.

Thompson wrote in his incident report that he shot Lewis as Lewis was revving his engine and turning his steering wheel, as if he was trying to ram the trooper. But Georgia Bureau of Investigation Agent Dustin Peak testified in September that was impossible, because Lewis’ car battery disconnected when it hit the ditch, leaving the vehicle inoperable.

Peak testified that dash camera video shows one second elapsed between the time the trooper got out of his patrol vehicle and when he fired the shot that killed Lewis.

Johnson said he wants to see the transcript of the grand jury proceedings: “If the presentation went like the prosecution has gone thus far, we will not be surprised by what we see if there is underzealous prosecution.” 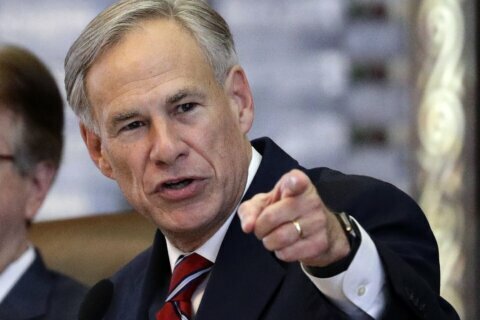