Consuewella Dotson Africa, a longtime member of the Black organization MOVE and mother of two children killed in the 1985 bombing of the group’s home in Philadelphia, has died at 67.

She died Wednesday at a hospital. A member of the MOVE family, Janine Africa, said Consuewella Africa had tested positive for the coronavirus when she went to the hospital around the beginning of the month, but had largely recovered when doctors said last week she was not getting enough oxygen.

“Through the stress with everything that was happening, her body just could not fight to get the air in her lungs because she was too burnt out and tore down from the stress,” Janine Africa told The Associated Press. “So that is what caused her to die.”

Africa’s death follows painful revelations in the last few months about the treatment of the remains of her two daughters who were killed in the police bombing of the organization’s home, where 11 members — including five children — were killed and more than 60 homes were burnt to the ground.

Her daughters, 14-year-old Katricia “Tree” and 12-year-old Zanetta “Netta,” died in the bombing while Consuewella Africa was in prison serving a 16-year-sentence for simple assault related to the city’s 1978 attempt to evict the group during which a police officer was killed.

In April, MOVE learned that an anthropology professor at the University of Pennsylvania and Princeton University had been given remains by the city’s medical examiner believed to be one of Consuewella’s children, and he had used the remains in teaching lessons without the permission or knowledge of family members.

In May, the city notified the group that partial human remains from the bombing had been cremated and disposed of without notifying family members. A day later, following the resignation of the city’s top health official, the city reversed themselves, saying the remains had been located.

Janine Africa said having to revisit the killing of her children and the targeting of the group took a toll on Consuewella.

“Once again, another death at the hands of the city of Philadelphia because they just took everything out of her with this last thing here,” Janine Africa said. “Because she was reliving 1985 all over again, thinking about the children all over again and it just really broke her heart.”

In May, members of the organization marked the 36th anniversary of the bombing in West Philadelphia that destroyed a swath of the neighborhood and took their loved ones.

“She was there and full of life and fire and fight and there was no way that we could see this coming,” Janine Africa said.

Consuewella Africa held the title “Minister of Confrontation” for MOVE, which identifies as both a family and an organization.

“She was a no nonsense straight forward person, but on the same hand, she was always making people laugh, always lively, always getting things going, getting people, having a good time,” Janine Africa said.

Her biological brother, sister and husband were with her when she died and her surviving son joined by phone, Janine Africa said.

MOVE wrote in a June 16 post on their website that the remains of Tree Africa were sent by the University of Pennsylvania to a funeral home where the organization can pick them up.

“We hope that we can put Tree and Consuewella together,” they wrote. 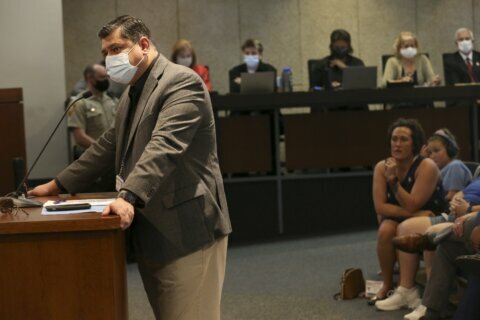 Opening of I-40 bridge linking Arkansas, Tennessee moved up