LOS ANGELES (AP) — A Los Angeles dentist was charged Monday with sexually abusing nine women while they were undergoing procedures.

Emad Fathy Moawad, 50, was charged with more than a dozen counts of sexual battery by restraint and other acts involving force.

Moawad appeared in court Monday but didn’t enter a plea and his arraignment was continued. He was jailed on nearly $2 million bail and it wasn’t immediately clear whether he had an attorney to speak on his behalf.

“This case is especially concerning because its victims are low-income people and immigrants who are less likely to report crimes due to fear,” Los Angeles County District Attorney George Gascón said in a statement.

Prosecutors allege that between 2013 and 2018, Moawad molested women ranging from 27 to 73 years old.

Moawad was sued in 2019 by a woman who alleged that while under anesthesia in 2017, Moawad molested her and that she reported the allegations to police, the Los Angeles Times reported.

The suit alleged that Moawad repeatedly fondled her, in one case holding her down until she managed to run out of the room. The suit also said the attacks ended in December 2018 when a dental assistant shot a video of one assault, the Times said. 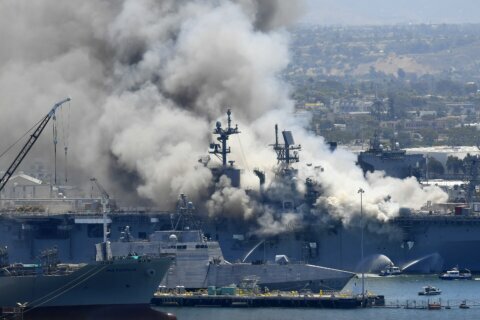