San Francisco’s former public works director, who resigned after being charged in a City Hall corruption case, was arrested Wednesday after allegedly trying to rob someone at knifepoint, authorities said.

Mohammed Nuru, 58, was booked on suspicion of attempted robbery after someone reported being approached by a man around 11:15 a.m. who pulled a knife and demanded the man’s property, according to a police statement.

Nuru was working at the San Francisco-Marin Food Bank in the Dogpatch neighborhood, where he is a longtime volunteer, when he approached someone eating potato chips in the break room while holding a kitchen knife, Keely Hopkins, the organization’s communications manager, told KGO-TV.

That person felt threatened and called police, Hopkins said, but nobody was hurt and the other volunteers were sent home.

A message seeking comment from Ismail Ramsey, an attorney who has represented Nuru, wasn’t immediately returned after hours Wednesday.

Nuru resigned his post last year after being charged with fraud and lying to the FBI. Prosecutors allege he took thousands of dollars in gifts and cash from contractors. They also allege that he conspired with a restaurateur in 2018 to bribe an airport commissioner for prime restaurant space at San Francisco International Airport.

Nuru’s case is still in the courts.

In February, a recycling plant owner was sentenced to federal prison after stating in a plea agreement that he plied Nuru with gifts that included a $36,500 gold Rolex watch.

About a dozen people have been charged with corruption in a sweeping City Hall probe. Multiple city department heads have been forced to resign.

Over 69 pounds of cocaine discovered on cruise ship 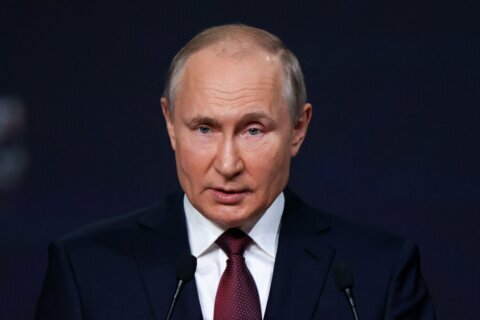