Kevin Dinh, a 12-year-veteran of the Garden Grove Police Department, has not been arrested and is on administrative leave, the Los Angeles Times reported Wednesday.

Prosecutors said Dinh struck a homeless man on the head and threatened to knock out his teeth outside a restaurant last September.

A month later, Dinh struck a handcuffed man on the head and pulled his hair while investigating a package theft at a home, prosecutors allege. The man was later released.

It wasn’t known Thursday if he has an attorney who could speak on his behalf. The Garden Grove Police Association, the union that represents the city’s officers, didn’t immediately respond to an email seeking comment.

In a statement, the police department said Dinh was immediately placed on administrative leave after another officer reported an inappropriate use of force to a supervisor related to the second alleged assault. The department later began a criminal investigation.

Both incidents were recorded by body-worn cameras, police said.

Dinh is scheduled to be arraigned July 21. He faces a maximum sentence of four years in jail if convicted on all counts, the newspaper said. 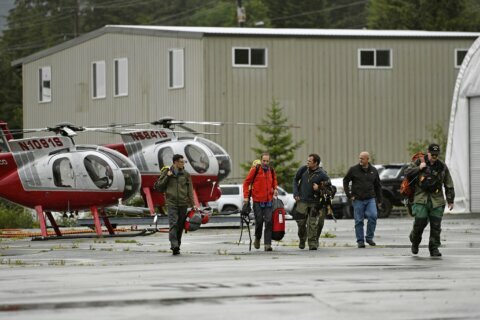