Bikers dead after hit by oncoming van in no-passing zone

State police say a motorcyclist and his passenger are dead after their bike was hit by a van in northern Delaware.
Listen now to WTOP News WTOP.com | Alexa | Google Home | WTOP App | 103.5 FM

TOWNSEND, Del. (AP) — State police say a motorcyclist and his passenger are dead after their bike was hit by a van in northern Delaware.

A 68-year-old Middletown man and a 63-year-old female passenger from Middletown were traveling westbound on a Harley-Davidson.

Police say an 18-year-old man driving a Chrysler van eastbound crossed over the solid double-yellow line in a no-passing zone to pass another vehicle and hit the front of the motorcycle.

The motorcyclist was pronounced dead at the scene.

His passenger was pronounced dead at Christiana Hospital. The van driver was not injured.

Police: Grandmother of man who shot at officers found dead 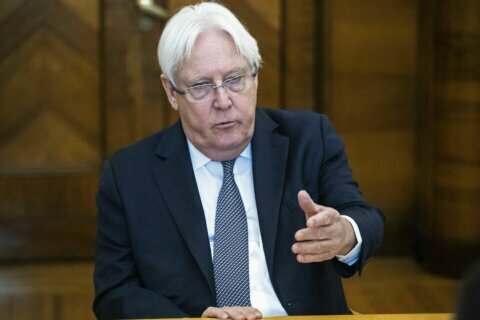