NASHVILLE, Tenn. (AP) — Federal regulators have brought a complaint against a zinc mining company, claiming that an employee in Tennessee was illegally fired for making safety complaints about the mine.

U.S. Secretary of Labor Marty Walsh filed the complaint earlier this month with the Federal Mine Safety and Health Review Commission against Nyrstar Gordonsville LLC on behalf of worker Richard Waller. An administrative law judge in April approved the labor secretary’s request for temporary reinstatement of Waller’s pay and benefits while the case over the Cumberland mine in Smith County proceeds.

The complaint claims Waller was fired for documenting unsafe conditions in the mine’s shaft inspection book; complaining to supervising staff about those conditions; engaging in protected refusal to perform welding without a required fire extinguisher; and speaking with a Mine Safety and Health Administration inspector who was on site at the mine.

In an agreement signed by the company and attorneys for Department of Labor and Waller, instead of physically returning to work, the mine worker is temporarily receiving his pay and benefits and can seek work elsewhere while his case proceeds.

In statements in the case, Waller wrote that the form given to him during his firing said he was terminated for “insubordination,” though the only discipline that should have remained on his record was a two-day suspension in January 2021 for a violation of the lockout/tagout policy to isolate energy sources before workers do mechanical or electrical work.

He wrote that the company claimed that it “adheres to a Progressive Discipline policy,” which he said the company didn’t follow, saying further that the policy has so many caveats it is meaningless.

Representatives from Nyrstar did not immediately return email requests for comment on the complaint.

The complaint seeks the expungement of the firing from Waller’s record; reinstatement of employment; full back pay with interest and benefits; and a $20,000 penalty.

The Federal Mine Safety and Health Act says mine workers can’t be terminated, discriminated against or interfered with for certain protected safety and health activities, such as filing a complaint alleging a violation, or refusing to work under unsafe or unhealthy conditions.

Since 2009, the most requests in one year that an administration has filed with the mine safety commission to temporarily reinstate workers for retaliation over safety or health activities is 40 in 2012, according to federal data. From 2017 until 2020, the years of former President Donald Trump’s administration, there were 12.5 filed annually on average. From 2009 until 2016, former President Barack Obama’s time in office, there were 26.6 filed a year on average. There have been nine filed this year to date. 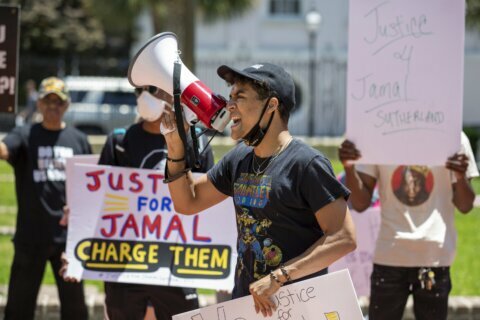