2 dead when bus, SUV collide on interstate in Indiana

BROOKSTON, Ind. (AP) — Two people were killed and many more injured when an SUV collided with a Greyhound bus Friday on Interstate 65 in northwestern Indiana, police said.

The driver of a Chevrolet Tahoe lost control while traveling south on the interstate when the vehicle was sideswiped by a Mazda Miata.

The Tahoe then crossed the median and collided with the bus in the northbound lanes, state police said.

Two people in the Tahoe were killed. Their names were not released.

“Multiple passengers from the Greyhound bus were transported to several nearby hospitals with non-life-threating injuries. … There were approximately 50 people involved in the accident,” state police said.

The crash occurred around 12:40 p.m. in White County, about 80 miles (129 kilometers) northwest of Indianapolis. 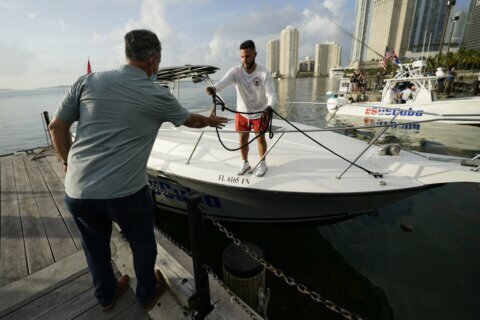