UNITED NATIONS (AP) — Martin Griffiths, a U.N. diplomat with wide global experience who has spent the last three years trying to help end the war in Yemen, has been selected by the secretary-general as the new U.N. humanitarian chief, diplomats said Tuesday.

The diplomats, speaking on condition of anonymity because the selection process has been private, said Secretary-General Antonio Guterres was expected to announce the appointment of Griffiths, who is British, in the coming days.

The post of undersecretary-general for humanitarian affairs has traditionally gone to someone from Britain, part of an unofficial division of top U.N. posts among the five permanent Security Council nations — the U.S., Russia, China, Britain and France. He will replace Mark Lowcock, a Briton who served in the high-profile position for four years.

From 1999 to 2010, he was the founding director of the Center for Humanitarian Dialogue in Geneva, where according to the U.N. he specialized in developing political dialogue between governments and insurgents in a range of countries across Asia, Africa and Europe.

Griffiths, 69, was appointed U.N. special envoy for Yemen in February 2018 and is scheduled to brief the U.N. Security Council on Wednesday about his latest efforts to try to get warring Houthi rebels and the internationally recognized government to sit together and negotiate an end to the six-year conflict.

In 2014-2018 he served as the first executive director of the European Institute of Peace and in 2012-2014 he served as special adviser to three U.N. special envoys for Syria and as deputy head of the U.N. mission in Syria.

Earlier in his career, he was a British diplomat and worked for various international humanitarian organization, including UNICEF, Save the Children and Action Aid. 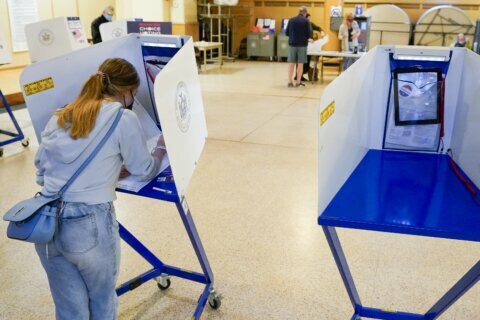