NJ paying $1.3M to consultant to advise on women’s prison

TRENTON, N.J. (AP) — New Jersey taxpayers are on the hook for about $1.3 million dollars in fees to a criminal justice consultant to help the Department of Corrections amid a criminal investigation into what the attorney general said was a “brutal attack” on inmates at the state’s only women’s prison, according to public documents.

The department announced in February that it had hired the Moss Group as a consultant to provide technical support, policy development and other advice at the Edna Mahan Correctional Facility for Women. The cost of the agreement wasn’t announced at that time, but legislative budget documents show the cost of the two-year deal will tally about $1.3 million.

The agreement specifies that the group will provide quarterly updates, but a spokesperson for the state Corrections Department said the group is still in an “initial review stage,” which includes meeting with inmates in groups, as well as staff and management at the women’s prison.

Oliver Barry, an attorney for a woman imprisoned at Edna Mahan, said Friday neither his client nor he have spoken to anyone from the group, but he would welcome the chance to offer recommendations on improving conditions at the prison.

Lydia Cotz, an attorney in a federal civil rights lawsuit representing a former inmate at Edna Mahan, said the prison failed for years to provide adequate care for her client and that if a consultant was needed to make systemic changes there, then “so be it,” but she added that a federal monitor should also be put in place, along with a consent order.

The prison has steadily been in headlines over the last year.

In January, guards attacked at least six victims, breaking a bone and pepper spraying one woman, according to Attorney General Gurbir Grewal, leading to 10 correctional officers being charged with official misconduct, among other charges. A motive hasn’t been given, and attorneys for several of the guards have said their clients will fight the charges.

That led lawmakers to call for the ouster of Corrections Commissioner Marcus Hicks, with the state Senate passing a resolution seeking his dismissal. Hicks has defended his tenure and said he’s added body cameras and hired more women on staff, plus other changes.

In April, the state announced it was settling lawsuits with inmates at the prison going back to 2014 for nearly $21 million. Hicks also said that a deal with the U.S. Justice Department on a consent decree was being finalized, with a federal monitor likely to be imposed.

The prison was the subject of U.S. Justice Department report last year that concluded inmates’ rights had been violated amid a culture of acceptance of sexual violence toward the women at the prison.

The Moss Group joins other firms hired by the state to provide legal counsel and help with investigations stemming from the January event.

The law firm Lowenstein Sandler was hired in 2018 to provide counsel stemming from the Justice Department’s investigation and has charged more than $600,000 for its work, according to public records. The firm has also billed more than $60,000 for separate work carrying out the investigation the governor commissioned.

Emily Salisbury, an associate professor and the director of the Utah Criminal Justice Center at the University of Utah, said it’s common for states to hire consultants at prisons, and that the Moss Group is well known.

Some lawmakers questioned whether the state needed to hire a consultant. Republican state Sen. Joe Pennacchio, who’s advocated for those wrongly convicted and incarcerated, had other suggestions, including getting the Democrat-led Legislature more actively involved in overseeing the prison and using staff to check what other states have done.

“They hire somebody and give the bill to the taxpayers,” he said. “What’s so hard about picking up the phone, calling another state and saying what do you think?”

Hicks, the top corrections official, said in a statement when the group was hired that the agreement amounted to “significant step forward” to making sure inmates stay safe. 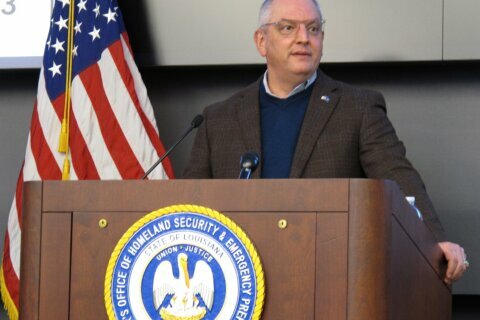