Authorities say the gunman who killed nine co-workers at a California rail yard had 12 guns and 22,000 rounds of ammunition at his home that he set on fire.
Listen now to WTOP News WTOP.com | Alexa | Google Home | WTOP App | 103.5 FM

SAN FRANCISCO (AP) — The gunman who killed nine of his co-workers at a California rail yard had stockpiled weapons and 25,000 rounds of ammunition at his house before setting it on fire to coincide with the bloodshed at the workplace he seethed about for years, authorities said Friday.

He also rigged an unusual time-delay method to ensure the house caught fire while he was out, putting “ammunition in a cooking pot on a stove” in his home, Deputy Russell Davis told The Associated Press. The liquid in the pot — investigators don’t yet know what was inside — reached a boiling point, igniting an accelerant and potentially the gunpowder in the bullets nearby.

The cache at the home the 57-year-old torched was on top of the three 9 mm handguns he brought Wednesday to the Santa Clara Valley Transportation Authority in San Jose, authorities said. He also had 32 high-capacity magazines and fired 39 shots.

The handguns found at the site were legally registered to Cassidy, Davis said, without elaborating on how he obtained them. Davis did not specify what type of guns officers found at his home, nor if they were legally owned.

Authorities described a home filled with clutter, with items piled up to the point where it appeared Cassidy might be a hoarder, and weapons stored near the home’s doorways and in other spots.

Sgt. Joe Piazza told reporters the variety of spots where Cassidy stashed the guns might be so he could “access them in a time of emergency,” such as if law enforcement came to his house.

Cassidy killed himself as sheriff’s deputies rushed into the rail yard complex in the heart of Silicon Valley, where he fatally shot nine men ranging in age from 29 to 63. He had worked there for more than 20 years.

What prompted the bloodshed remains under investigation, officials said.

While witnesses and Santa Clara County Sheriff Laurie Smith have said Cassidy appeared to target certain people, the sheriff’s office said Friday that “it is clear that this was a planned event and the suspect was prepared to use his firearms to take as many lives as he possibly could.”

Casssidy’s elderly father, James, told the Mercury News in San Jose that his son was bipolar. He said that was no excuse for the shooting and apologized to the victims’ families.

“I don’t think anything I could say could ease their grief. I’m really, really very sorry about that.”

Neighbors and former lovers described him as moody, unfriendly and prone to angry outbursts at times. But they expressed shock he would kill.

Cassidy’s ex-wife, Cecilia Nelms, said he had talked about killing people at work more than a decade ago, describing him as resentful and angry over what he perceived as unfair assignments.

U.S. customs officers even caught him in 2016 with books about terrorism and fear as well as a memo book filled with notes about how much he hated the Valley Transportation Authority. But he was let go, and a resulting Department of Homeland Security memo on the encounter was not shared with local authorities.

It’s not clear why customs officers detained Cassidy on his return from the Philippines. The contents of the memo, first reported by the Wall Street Journal, were described to The Associated Press by a Biden administration official who spoke on the condition of anonymity because they were not authorized to speak publicly.

The memo notes that Cassidy was asked whether he had issues with people at work, and he said no. It refers to a “minor criminal history,” citing a 1983 arrest in San Jose and charges of “misdemeanor obstruction/resisting a peace officer.”

San Jose police said they sought an FBI history on Cassidy and found no record of federal arrests or convictions.

Mayor Sam Liccardo, a former prosecutor, said that while he has not seen the Homeland Security memo, it’s not a crime to hate your job.

“The question is, how specific was that information?” he said. “Particularly, were there statements made suggesting a desire to commit violence against individuals?”

The president of the union that represents transit workers at the rail yard sought Friday to refute a report that Cassidy was scheduled to attend a workplace disciplinary hearing with a union representative Wednesday over racist comments.

John Courtney, president of the Amalgamated Transit Union Local 265, said in a statement that he was at the facility “simply to check on working conditions and the continual safety of the dedicated men and women who work there.”

The attack comes amid an uptick in mass shootings following coronavirus shutdowns in much of the country last year. Since 2006, there have been at least 14 workplace massacres in the United States that killed at least four people and stemmed from employment grievances, according to a database on mass killings maintained by the AP, USA Today and Northeastern University.

Patrick Gorman, special agent in charge of the San Francisco field division of the Bureau of Alcohol, Tobacco, Firearms and Explosives, said he was not aware of any information about Cassidy, such as tips from the public, being shared with his division before the shooting. He said the entire San Jose field office responded to the crime scenes, along with other regional special agents.

Kirk Bertolet, 64, was just starting his shift when shots rang out, and he saw some of his co-workers take their last breaths.

Bertolet, a signal maintenance worker who worked in a separate unit from Cassidy, said he is convinced Cassidy targeted his victims because he didn’t hurt some people he encountered.

“He was pissed off at certain people. He was angry, and he took his vengeance out on very specific people. He shot people. He let others live,” he said.

Video footage showed Cassidy calmly walking from one building to another with a duffel bag filled with guns and ammunition to complete the slaughter, authorities said.

Bertolet said Cassidy worked regularly with the victims, but he always seemed to be an outsider.

“He was never in the group. He was never accepted by anybody there. He was always that guy that was never partaking in anything that the people were doing,” Bertolet said. 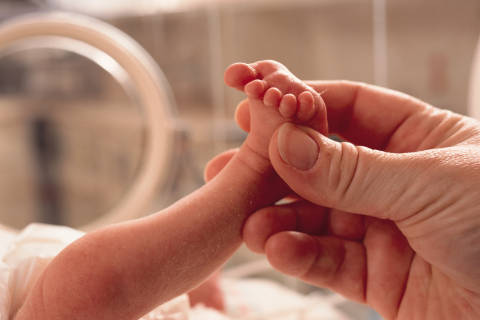