SALT LAKE CITY (AP) — A Hawaii man who pleaded guilty to cyberstalking a Utah family by sending more than 500 people to their house for unwanted services including food deliveries, plumbers and prostitutes was sentenced Thursday to three years of supervision and ordered to adhere to strict limitations on use of the internet.

Loren Okamura, 45, apologized while appearing from his home in Hawaii during a video conference hearing based out of U.S. District Court in Utah. Okamura said he was struggling with depression after his wife died when the cyberstalking occurred. He was given credit in the sentence for the nearly one year he spent in jail before being released in October 2020, several months after he accepted a plea deal.

“I would like to apologize for my actions,” Okamura said. “These events are not in my character. I’m looking to close my chapter and start a new chapter.”

Prosecutors called the case an “extreme” example of the darker and seedier side of modern technology.

Okamura’s online stalking in 2018-2019 targeted a father and his adult daughter who live in a quiet, middle-class suburb of Salt Lake City, prosecutors alleged. He sent the woman threatening messages and posted her picture and address online, authorities said. One email told the woman she should “sleep with one eye open and keep looking over her shoulder.”

The cyber harassment was “extensive and horrific,” said Karin Fojtik, a prosecutor handling the case for the U.S. Attorney’s Office in Utah. She objected to loosening strict rules Okamura must follow to be able to use the internet.

Fojtik said having to get approval from his probation officer for internet use is “a small inconvenience on Mr. Okamura compared to the harassment that he imposed on the victim.”

U.S. District Judge Clark Waddoups agreed while giving Okamura’s probation officers permission to adjust the internet restrictions to enable Okamura to do some of the basic things needed to function in society.

“This was a serious crime and involved a serious impact on victims,” Waddoups said. ”It Involved conduct that is not only contrary to the law, its contrary to society’s norms.”

The victims, the Gilmore family, had to enhance security around the house and lived in fear of the next unwanted person who would arrive at the house, day or night, their attorney Nathan Crane has said.

Utah police went to the North Salt Lake house more than 80 times over a four-month period from November 2018 to February 2019, leading the family to post a sign in the driveway that alerted anyone coming to provide services that it was a scam and to instead report it to police. The services included repair crews, tow trucks and locksmiths.

Nobody from the Gilmore family spoke during the sentencing hearing but an attorney representing them said the family is grateful to federal agents and prosecutor who worked on the case, Cane said.

“The family has been through a terrible ordeal and is grateful that it is over and that Mr. Okamura has been held accountable for his actions,” Crane said in an emailed statement.

Prosecutors never revealed the relationship between the victim and Okamura, but his federal public defender, Vanessa Ramos, said Thursday they met online.

Ramos said Okamura is receiving mental health treatment, complying with conditions of his supervision and shown he’s ready to move on. She requested the court ease the online restrictions so he could do basic functions he needs to do online.

Investigators began honing in on Okamura as the suspect in January 2019 when the Gilmores were granted a protective injunction from him in Utah, but it took investigators until that October to gather enough evidence to charge Okamura because of his use of encryption and apps that made him appear anonymous, prosecutors said. He wasn’t arrested until late November because police struggled to find him because he didn’t have a permanent address or job and authorities said he was “savvy” with technology used to mask his phone’s location.

Prosecutors have said they have records from Okamura’s cellphone and Apple ID to support the charges.

When Okamura greed to the plea deal in July 2020, prosecutors agreed to drop two additional charges: interstate threats and transporting people for prostitution. 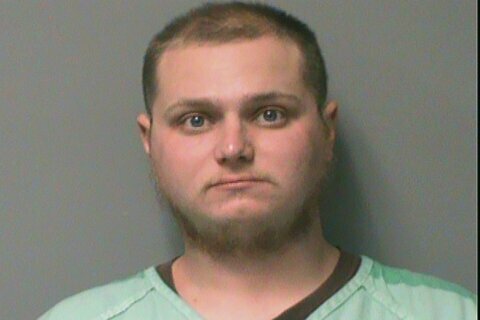