DALLAS (AP) — A former FBI agent has been charged with fraud for allegedly conning a Texas woman out $800,000 by convincing her for years that she was on “secret probation.” The retired agent at one point told the woman he’d have her probation lifted after she married him, prosecutors said.

William Roy Stone, Jr., 62, was indicted Tuesday on 11 federal counts including wire fraud, conspiracy and impersonation of a federal officer. The case was unsealed Friday after he made an initial appearance in a court in Dallas.

Stone’s attorney, Gregg Gallian, said his client pleaded not guilty, denies the charges against him and “looks forward to exposing the truth of these misguided allegations in the courtroom.” He declined to discuss the case further or say whether Stone had a romantic or sexual relationship with the woman he allegedly defrauded.

Stone retired from the FBI’s Dallas office in October of 2015 and the next month convinced the woman that a judge in Austin had put her under “secret probation” for drug crimes, according to prosecutors. He allegedly told the woman that he was still an agent, that the fictitious judge had appointed him to “mentor” and “supervise” her and that she had to pay for his expenses.

According to the indictment, Stone told the woman that she was forbidden to tell anyone about her probation and risked imprisonment and losing custody of her children if she did. The woman is not identified by name in court records.

Over the next four years, Stone allegedly coerced the woman into giving him hundreds of thousands of dollars, a Toyota pick-up truck, a Mercedes sedan and property in a suburb northwest of Dallas.

At one point, Stone proposed marriage to the woman, claiming he would then seek discharge of her probation, prosecutors said.

The FBI did not answer questions about Stone’s tenure as an agent, whether he met the woman through his work for the bureau and whether they had a relationship. A spokeswoman for the bureau’s Dallas office referred questions to the Department of Justice’s Office of the Inspector General. A spokeswoman for the inspector general’s office in turn referred question to federal prosecutors in Dallas, who declined to comment beyond what they said in a statement announcing the charges. 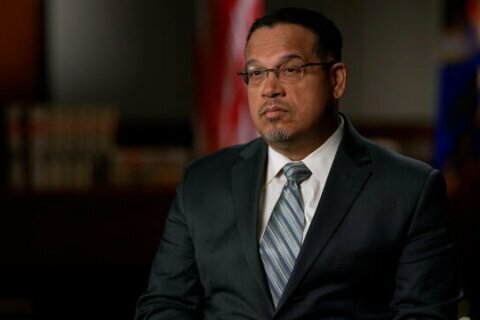 Here’s what to expect in Derek Chauvin’s sentencing