HOUSTON (AP) — A recent appeals court ruling that provided immunity for an FBI agent who fatally shot a kidnapped Houston area man during a botched rescue attempt is being legally challenged, the man’s family and attorney said Tuesday.

In March, the 5th U.S. Circuit Court of Appeals overturned a federal judge’s ruling that had denied the unidentified agent’s claim he could not be sued due to qualified immunity, which offers police officers and other officials protection from civil lawsuits seeking money.

The family of 47-year-old Ulises Valladares had sued the FBI agent, alleging their loved one had been helpless as he was bound and blindfolded when the agent shot him shot in January 2018 as authorities entered a home where the man was being held. The FBI agent has told investigators he only fired when he thought a kidnapper had grabbed his rifle after the agent broke a window to get inside and didn’t know he was shooting Valladares.

“We have officers shooting and killing bound, blindfolded, unarmed people by themselves and they get qualified immunity? That’s not right,” Randall Kallinen said at a news conference Tuesday.

Former Houston police Chief Art Acevedo had said the agent’s explanation for why he shot the hostage “is not supported” by evidence reviewed by police investigators.

In June 2020, U.S. District Judge Kenneth Hoyt ruled the agent’s request to dismiss the lawsuit against him based on qualified immunity “is wholly without merit … No life was being protected by (the agent’s) conduct. On the contrary, (the agent) took a life without provocation. This was an illegal act.”

But a three-judge panel of the 5th Circuit ruled “the only plausible reading of the allegations is that (the agent) accidentally shot Ulises while trying to help him by ending the hostage situation.”

Joel Androphy, the FBI agent’s attorney, said Tuesday he was checking with federal officials to see if he could comment. In court filings, Androphy has argued the agent did not act in an unreasonable manner because he believed a hostage’s life was in danger.

Kallinen said he has asked all 16 judges on the appeals court to hear the case. If that request is rejected, Kallinen said he planned to appeal the case to the U.S. Supreme Court as part of efforts to challenge qualified immunity for officers.

“We’re very hopeful. We try to stay positive about it, that the right thing will be done,” said Brooke Pearce, who is the half-sister and guardian to Valladares’ 15-year-old son.

If the 5th Circuit’s ruling is upheld, the FBI agent would be dismissed from the lawsuit. The federal government would remain a defendant.

In September 2019, federal authorities announced they would not charge the FBI agent.

The Harris County District Attorney’s Office’s civils right division is still reviewing the case to determine if any state charges would be filed against the agent.

Four people were charged in state court in connection with Valladares’ kidnapping and two of them have since been convicted.

Changes to qualified immunity is one of the criminal justice reforms that’s been debated across the country in the wake of last year’s protests against racial injustice following the death of George Floyd.

Congress is debating the fate of the George Floyd Justice in Policing Act, which includes various reforms such as banning the use of chokeholds and limiting qualified immunity protections. Various states have considered or passed legislation to limit the use of qualified immunity, including New Mexico last month. 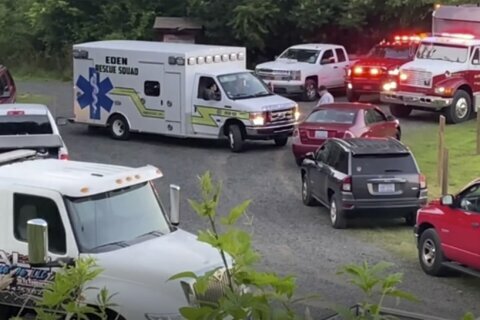