Ex-Michigan and Ohio State athletes team up to stop abuse

The National Center for Missing and Exploited Children announced Wednesday that it is partnering with former University of Michigan and…
Listen now to WTOP News WTOP.com | Alexa | Google Home | WTOP App | 103.5 FM

The National Center for Missing and Exploited Children announced Wednesday that it is partnering with former University of Michigan and Ohio State University athletes who claim they were abused by team doctors, to help children avoid being survivors of sexual abuse.

Chuck Christian, the first former Wolverines football player to publicly say the late Robert Anderson abused him, and former Buckeyes lacrosse player Mike Avery will lead a group of ex-athletes in various youth sports initiatives that will include educating parents and coaches about sexual abuse.

Last week, a law firm’s report concluded staff at the University of Michigan missed many opportunities to stop Anderson commit sexual misconduct for decades with long-term consequences for hundreds of patients, including generations of student athletes. The university has acknowledged Anderson’s abuse. Anderson retired in 2003 and died in 2008.

“The culture of silence surrounding sexual abuse in sports has long been the only reason it was able to continue,” said Christian, who played for the late Bo Schembechler and closed his playing career by helping Michigan win the 1981 Rose Bowl. “By bringing this subject into the light and alerting these young athletes that they don’t have to tolerate this behavior is the first step toward ensuring that it doesn’t continue.”

Avery, an Ohio State athlete from 1988 to 1991, is among hundreds of men to allege team doctor Richard Strauss sexually abused them. Strauss, who died in 2005, is accused of abusing young men throughout his two decades at the school.

“We collectively need to raise our voices and provide support for one another in order to stop this behavior from continuing,” said Avery, an anchor for WXMI-TV in Grand Rapids, Michigan. “This partnership with the National Center for Missing & Exploited Children will provide a national outlet to reaching tens of thousands of young athletes, their parents and coaches to tell them that they need to come forward if they experience abuse or see others who are being abused.”

A January court filing indicated Anderson could have more than 850 victims, which would exceed the number of women and girls who were part of a $500 million settlement with Michigan State University over abuse by sports doctor Larry Nassar. The University of Michigan has expressed a willingness to settle lawsuits out of court. A mediator is working with all sides.

Ohio State University has paid more than $45 million to 185 people who said they were groped Strauss, another sports doctor. 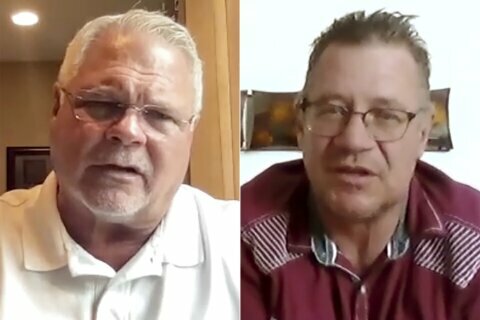