ATLANTA (AP) — Ashley and Albert Debelbot were sitting in the same courtroom where, more than a decade earlier, they were convicted of murdering their newborn daughter. The district attorney walked over and apologized.

That’s when it sunk in for Ashley, 37, that they were free of the charges that lingered even after their convictions were overturned last year: “To have the DA walk over to me and reach out his hand and apologize, in that moment I was like, ‘This is happening.‘”

The Debelbots brought baby McKenzy home two days after her birth in May 2008. Roughly 12 hours later, they’ve said, they awoke in the middle of the night, noticed a bump on her forehead and rushed back to the hospital. McKenzy died hours later. Her parents were arrested the next day.

The couple’s lawyers say the baby’s injuries occurred naturally and her parents are victims of a rush to judgment that cost them 12 years. The original prosecutor remains convinced of their guilt.

The case was overturned not because of new evidence but because of statements the prosecutor made at trial.

The Debelbots met in South Korea while in the Army. Ashley was already pregnant and planning to leave the military to be a full-time mom when they moved to Columbus, Georgia, in March 2008 for Albert’s posting at Fort Benning.

Ashley and Albert both testified that they had been eager first-time parents. Both said they didn’t hurt McKenzy.

Melvin Tarver, who’d been in a holding cell with Albert the first day of the trial, testified Albert said he’d gone out to get “dope” that night and when he returned Ashley said she’d spanked the baby and put her to bed. Both Debelbots testified they put McKenzy to bed together.

The jury convicted them and Judge Doug Pullen sentenced them to life in prison.

Medical examiners and other doctors often too quickly assume abuse when a baby dies, said Carrie Sperling, a post-conviction attorney for Albert.

The “lynchpin” to the state’s case was that McKenzy was healthy when she left the hospital, said A. James Anderson, a post-conviction attorney for Ashley.

“If you pull the lynchpin out, their case falls apart,” he said.

Dr. Daniel Sahlein provided alternate explanations during hearings on motions for a new trial: Blood clots formed in McKenzy’s brain before birth, blocking the circulation of blood and cerebrospinal fluid and causing bleeding. That created pressure that pushed against the developing skull, which was abnormally thin and improperly formed in places, Sahlein said. The birthing process further damaged the skull and caused bleeding under the scalp.

McKenzy could have seemed fine in the hospital before taking a sudden turn at home, Dr. Peter Dehnel testified.

But defense experts also testified there were warning signs in the hospital: McKenzy ate far less than normal on her second day and her head circumference increased at a rate about 10 times greater than normal.

The medical examiner described the right side of McKenzy’s brain as “soft and mushy.” But a blunt force injury should have left her brain swollen and firm, Dehnel testified. He also noted she had no bruises on her head.

Defense experts said it appeared parts of McKenzy’s brain and skull were missing. Darrisaw, the medical examiner, rejected that.

Trauma occurring before birth or during delivery “would not have allowed this child to appear completely normal for two or more days,” Zanga testified.

“The evidence supports a guilty verdict,” the original prosecutor, Sadhana Dailey, said in a recent interview.

Judge Arthur Smith denied the request for a new trial.

But the Georgia Supreme Court reversed him in February 2020, ruling the Debelbots were entitled to a new trial.

During her closing argument, Dailey told the jury reasonable doubt “does not mean to a mathematical certainty.”

The high court said that was “an egregious misstatement of the law” and said the Debelbots didn’t get a fair trial because their lawyers didn’t object.

Mark Jones, who became district attorney in Columbus in January, said he reviewed the available evidence. With limited resources and many recent murder cases, he decided against pursuing an old case with a high likelihood of acquittal.

At the hearing last month to dismiss the charges, Jones apologized that the Debelbots didn’t get a fair trial.

Now free of criminal charges, the Debelbots are struggling to start over.

Ashley works in customer service for an insurance company but dreams of having her own food truck, and eventually a restaurant.

Albert, 35, is from the Pacific island of Palau. Because of complications proving his legal residency, he hasn’t been able to get a photo ID, making it hard to reestablish himself.

Both said their faith in the justice system is destroyed. They also said they never had a chance to grieve McKenzy’s death.

A teddy bear with a compartment in its back holds McKenzy’s ashes. Ashley hugs the bear now and cries, thinking of her daughter who would have turned 13 this month.

“I would have a teenager,” Ashley said, her eyes turning wistful as she gazed at two photos of newborn McKenzy on the wall. “Who knows how many more children I would have had by now.” 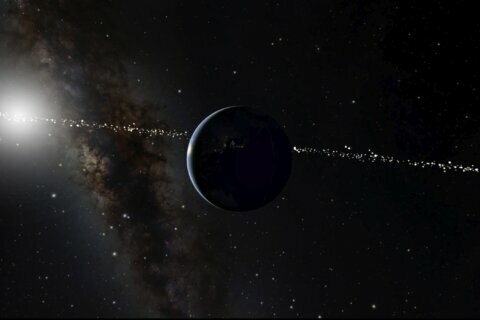