CHARLESTON, W.Va. (AP) — A new analysis of opioids in West Virginia shows the city of Huntington and its surrounding county were overwhelmed with shipments of prescription drugs, nearly all of which came from three large drug distributors on trial in a landmark case.

According to McCann, an analysis of data showed that from 2006 to 2014, about 110 million doses of hydrocodone and oxycodone were shipped to Cabell County and Huntington, which accuse the three distributors in federal court of fueling the area’s opioid epidemic.

About 90% of the shipments originated from the defendants, who unsuccessfully objected to McCann’s testimony.

When 12 other opiates were included, the numbers grew to 48.8 doses per person annually nationwide. That figure nearly doubled for West Virginia and nearly tripled for Cabell County, McCann said.

The county and city argue that “The Big Three” drug distributors created a “public nuisance” by flooding the area with prescription pain pills and ignored the signs that the community was being ravaged by addiction.

Attorneys for the manufacturers last week attempted to shift the blame away from their clients by arguing that what happens after delivery is out of the suppliers’ control. They argued West Virginia’s labor-intensive mining and industrial sectors may have led to workers with a greater need for painkillers. They also pointed out that the companies had no authority over illicit street drugs, the cause of the current crisis.

The trial could last into mid-June.

Similar lawsuits have resulted in multimillion-dollar settlements, but this is the first time the allegations have wound up at federal trial. The result could have huge effects on hundreds of similar lawsuits that have been filed across the country. 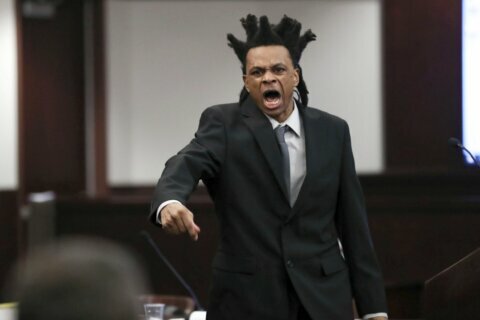