UNITED NATIONS (AP) — Chad’s deputy foreign minister warned the U.N. Security Council on Tuesday that mercenaries and foreign fighters from Libya are crossing into the Sahel, threatening to undermine gains in fighting terrorism by five West African nations and plunge the region into violence that will be difficult to control.

Oumar Ibn Daoud also said a worsening situation in the Sahel would be harmful to Africa as a whole and could turn the continent into “a battlefield and base for international terrorism.”

The incursion of mercenaries from Libya into Chad that led to last month’s death of the Chadian president of three decades, Idriss Deby Into, “is a perfect illustration of what could happen throughout the Sahel” if appropriate measures aren’t taken by the international community. He said more than 400 people have been killed in attacks in Burkina Faso, Mali and Niger since March.

One instrument “to defeat the terrorists in the Sahel” is the five-nation African force fighting terrorism in the region, which Daoud said needs sustained financing and a U.N. logistical and operational support office financed by assessed contributions from the U.N.’s 193 member nations.

Support for a U.N. office to provide long-term financing for the G5 Sahel force from Chad, Mali, Burkina Faso, Niger and Mauritania was also voiced by the force commander, Niger’s U.N. ambassador and other African council members, France, and U.N. Secretary-General Antonio Guterres, who has repeatedly urged U.N. financing for the joint force.

U.S. Ambassador Linda Thomas-Greenfield said the Biden administration, like other council members, is “alarmed by the rising violent extremism, terrorist attacks and inter-communal violence across the Sahel.” But she said the U.S. believes “U.N.-assessed peacekeeping funds are not a viable source of financing for the joint force” and it should continue to be supported by a trust fund and bilateral funding.

Since the G5 force was established in 2017, Thomas-Greenfield said, the U.S. has committed more than $588 million in security assistance and other efforts to counter violent extremism in the five countries. She said stability also requires good governance, economic opportunity and protecting the rule of law and the U.S. has provided more than $2 billion in health, development, security and humanitarian assistance to support the Sahel.

Niger’s U.N. ambassador, Abdou Abarry, said more than 2,440 civilians and members of the defense and security forces lost their lives in the border area between Burkina Faso, Mali and Niger in 2020, which was “the most deadly for civilians.”

He stressed “the need to fight this cross-border terrorism, the ramifications of which are of great concern for the rest of Africa.”

Brig. Gen. Oumarou Namata, the G5 commander, told the virtual council meeting that the now 5,500-strong force has undertaken 25 operations since it was established in 2017, including 11 major campaigns since the end of 2019 “with very respectable results.”

Besides “neutralizing hundreds of terrorists” and seizing or destroying a large amount of their equipment that disrupted their logistical capacity, 79 people were arrested or captured between November 2020 and April 2021 and are currently undergoing legal proceedings, he said.

But Namata added that eradicating terrorism is “a long-term struggle.” Though progress is being made slowly, many challenges remain, and the G5 force is in great need of its own air assets that are essential for its work, he said.

“The intelligence system is another weakness of the joint force,” Namata said.

French Ambassador Nicolas De Riviere, whose country has its own terrorist-fighting force in the region that cooperates with the G5, expressed concern at the worsening situation in the Sahel.

“Terrorist groups, although hard hit, continue with their acts of violence and are attempting to extend their control,” he said. “The threat now extends to southern Mali, but also to Ivory Coast, Ghana, Togo and Benin. The effects of poverty and climate change are exacerbating these tensions.”

Despite efforts by France and others, De Riviere said, the humanitarian crisis in the Sahel is worsening, with 29 million people in need of emergency assistance — “5 million more than last year and 10,000 extra people per day since January.”

He said military actions must be accompanied by increased efforts to improve governance, development and humanitarian assistance, and he urged the U.N. to mobilize its agencies to tackle these challenges. 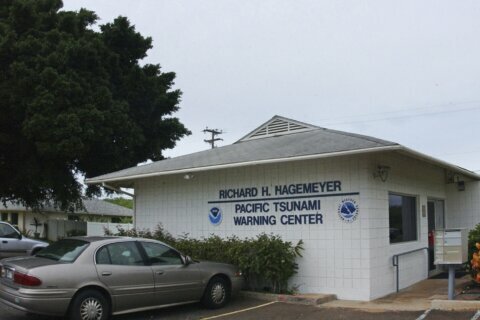 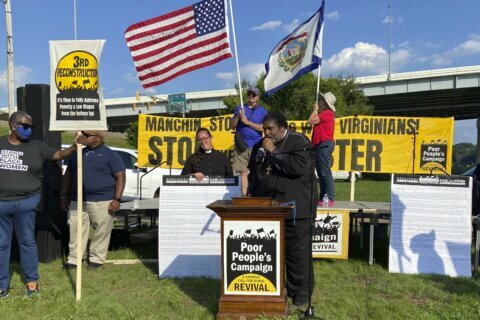 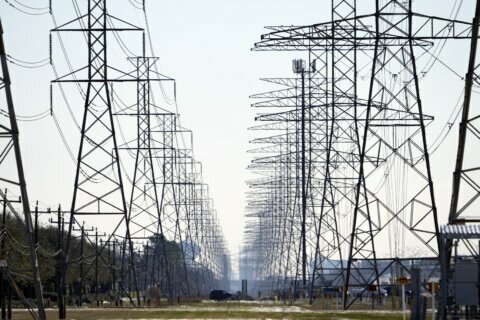