President Biden on Friday awarded the first Medal of Honor of his presidency to retired Colonel Ralph Puckett Jr. for his “conspicuous gallantry” in the Korean War. Mr. Biden presented the medal, which is the nation’s highest military honor, in a ceremony alongside South Korean President Moon Jae-in.

“President Moon, it’s a real honor to have you here participating in this ceremony today,” Mr. Biden said. “The strength of the alliance between the United States and the Republic of Korea was born out of the courage, determination and sacrifice of the Korean troops fighting shoulder to shoulder with American troops. And having you here today is an important recognition of all that our nation has achieved together, both of them, in the decades since.”

Mr. Biden said the honor for Puckett is “70 years overdue.” The president said he’s “incredibly proud” to give Puckett the full recognition he deserves, and he retold the story of Puckett’s heroism. 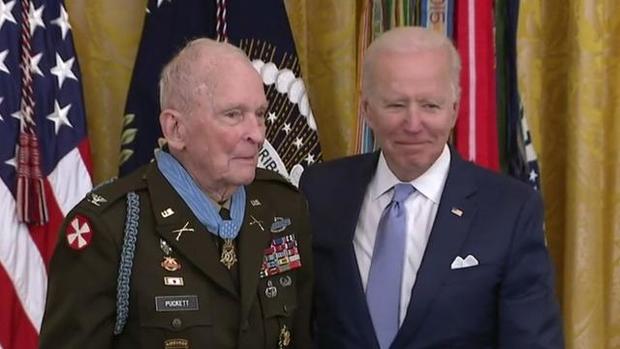 President Biden awards the Medal of Honor to retired Col. Ralph Puckett Jr. for his heroism in the Korean War, at the White House on May 21, 2021.

Puckett, a first lieutenant during the war, received the Medal of Honor for “acts of gallantry and intrepidity above and beyond the call of duty, while serving as the Commander, 8th U.S. Army Ranger Company during the period of November 25, and 26, 1950, in Korea,” the White House said in a statement.

In a daylight attack on an enemy hill, Puckett “intentionally ran across an open area three times to draw enemy fire,” allowing the Army Rangers to locate and destroy the enemy positions and seize the hill. 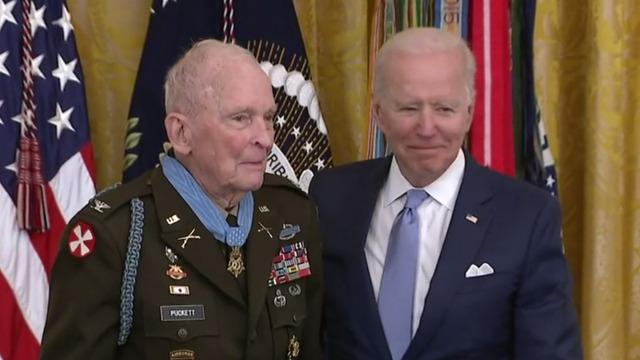 Biden awards Medal of Honor to Korean War her…

“It took three runs intentionally exposing himself to the enemy to pick off the gunner,” Mr. Biden noted.

A counterattack that night left Puckett seriously wounded, with limited mobility. He ordered the Rangers to leave him and evacuate the area, but they felt “a sense of duty to aid him” and retrieved Puckett from a foxhole under enemy fire. 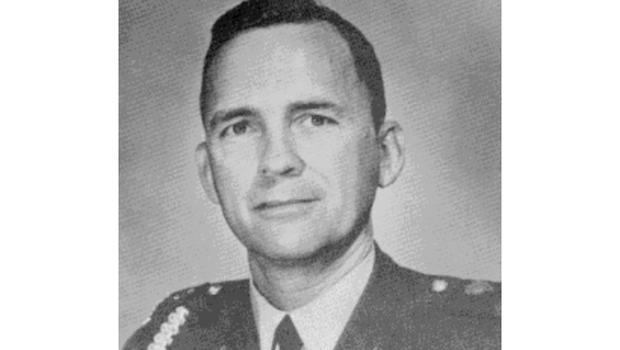 “Puckett’s extraordinary heroism and selflessness above and beyond the call of duty were in keeping with the highest traditions of military service,” the White House said.

“Korea is sometimes called the forgotten war,” the president said. “But those men who were there under Lieutenant Puckett’s command, they’ll never forget his bravery. They never forget that he was right by their side throughout every minute of it. And the people of the Republic of Korea haven’t forgotten, as evidenced by the fact that the prime minister of Korea is here for this ceremony.”

Moon, too, took a moment to note the strength of the U.S.-Korea alliance, and to thank Puckett for his service.

The Medal of Honor is awarded to members of the armed forces who displayed “great personal bravery or self-sacrifice so conspicuous as to clearly distinguish the individual above his or her comrades and must have involved risk of life.” But it’s extremely rare for a leader of another nation to be present for the occasion.

Puckett retired from active duty in 1971 and was inducted into the U.S. Army Ranger Hall of Fame in 1992. He was also selected in 2004 to be a Distinguished Graduate of The United States Military Academy, appointed as an Ambassador of Goodwill by the Western Hemisphere Institute for Security Cooperation, and received the Infantry’s Doughboy Award in 2007. 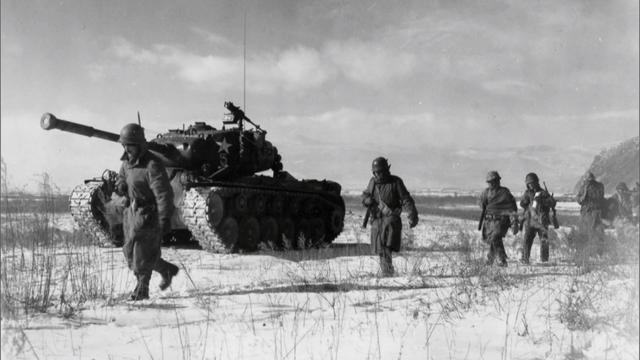 How the Marines fought the Korean War’s great… 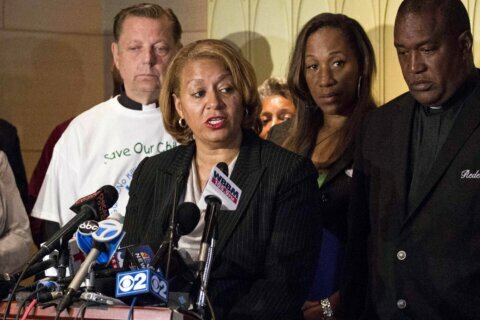