Arizona makes it easier to purge some from early voting list

PHOENIX (AP) — Arizona Gov. Doug Ducey on Tuesday signed legislation purging infrequent voters from a list of those who automatically get a mail-in ballot each election, ignoring protests from Democrats and prominent business leaders who said the measure would suppress the votes of people of color.

The Republican governor acted hours after a tense debate in the state Senate, during which Republicans tried to silence Democrats who said the bill would perpetuate systemic racism.

The legislation is part of a wave of proposals to reduce voting access that have passed in Republican-controlled states around the country following former President Donald Trump’s defeat last year.

Republicans have only a single-vote edge in the Arizona House and Senate, so legislation there has been tougher to pass than in other states like Florida, which just made all voters reapply for a mail ballot every two years rather than dropping those who aren’t active enough.

The measure signed Tuesday would remove people who don’t return their mail-in ballot for two consecutive election cycles from the permanent early voting list, which allows voters to automatically receive a ballot before each election. About 75% of Arizona voters are on the list. Affected voters would get a mailer asking if they want to remain on the list, and they would be removed if they don’t respond within 90 says.

Democrats say the legislation will disenfranchise voters who expect to get a ballot that never arrives, with an especially strong impact on people of color.

“It makes me think you don’t like our voters, or who has the potential to vote,” Democratic state Sen. Juan Mendez of the Phoenix suburb of Tempe said to Republicans. “Because this whole thing looks like nothing more than a ruse to disenfranchise voters who you don’t like.”

Republicans say the measure is necessary to limit the number of unvoted ballots in circulation, noting it would only affect voters who have shown disinterest in voting by mail.

“We need to leave this chamber ensuring our voters we have election integrity in the state of Arizona,” said Sen. Vince Leach, a Republican from Tucson.

Arizona’s action comes as Democrats and Republicans sparred in the U.S. Senate over a Democratic proposal that would overhaul federal elections and curtail recent actions by Republican state lawmakers to implement new voting rules nationwide.

Congressional Democrats are pushing a broad package of reforms that includes changes to election, campaign finance, ethics and redistricting laws. But Republicans are universally opposed, calling the proposals a Democratic power grab and federal overreach.

Democrats say recent legislation passed in Florida, Georgia, Iowa and Montana underscore the urgency of their effort, but the path forward remains bleak. To break the impasse in the 50-50 Senate, Democrats will have to be willing to end rules that govern when bills can advance, and there is not widespread agreement to do that.

Repeated reviews have found no problems with the election results in Arizona or elsewhere, but many Trump supporters still believe his loss was the result of fraud. Contractors hired by Senate Republicans are still doing a hand recount of 2.1 million ballots cast in Maricopa County as part of a sprawling review of the vote count in the nation’s fourth-largest county, which includes metro Phoenix.

Ducey certified Arizona’s 2020 election results, drawing derision from Trump, and has generally stood up for the integrity of the vote count in his state. But he said there’s room for improvement.

He cast the new legislation as a modest cost-saving improvement to an accessible voting system Arizona built over three decades. Voters affected by the change will remain registered and can rejoin the permanent list, request a one-time mail ballot or vote in person, he said.

“Despite all the deceptive and heated rhetoric being used by some partisan activists to lobby against this reform, not a single Arizona voter will lose their right to vote as a result of this new law,” Ducey said in a video announcing his decision.

He blasted businesses that have weighed in against GOP voting laws in other states that they see as suppressing the vote, and he urged them to “know what you’re talking about before you say anything” about the law he signed.

Michael Bidwill, owner of the Arizona Cardinals, was among more than 50 executives who signed a letter urging lawmakers to oppose the bill and others.

In Arizona, the GOP’s most far-reaching proposals have died, including measures allowing the Legislature to overturn voters and appoint its own Electoral College delegates.

But more narrowly focused measures have advanced, including a ban on private funding for elections. Ducey also signed a bill that stopped implementation of a settlement between Democratic Secretary of State Katie Hobbs and the Navajo Nation, which would have given time for people who forget to sign their mail ballots to fix the problem after the election.

There’s some ambiguity about when the bill that Ducey signed Tuesday would first affect elections. It was widely believed to apply to voters who skipped the 2018 and 2020 elections, but legislative lawyers said courts would most likely say voters can’t be purged unless they sit out 2022 and 2024.

An analysis for voting rights groups found that about 140,000 registered voters meet the criteria to receive a mailer and, if they don’t respond, to be purged.

One bill that remains in limbo would require an ID number, such as a driver’s license number, for a mail ballot to be counted. 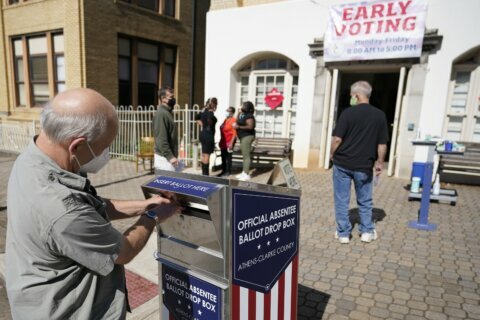 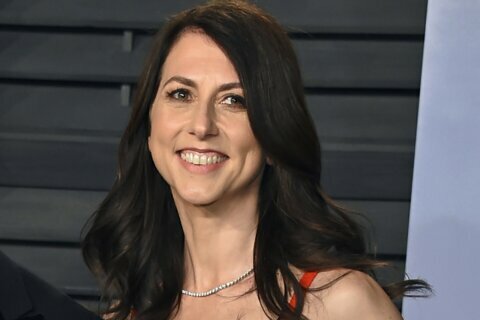