MONTGOMERY, Ala. (AP) — The underwriter for a project to build two prisons in Alabama announced that it is pulling…
Listen now to WTOP News WTOP.com | Alexa | Google Home | WTOP App | 103.5 FM

MONTGOMERY, Ala. (AP) — The underwriter for a project to build two prisons in Alabama announced that it is pulling out following criticism that it was breaking a promise not to get involved in for-profit prisons.

Barclays confirmed that it would no longer be involved with CoreCivic’s construction of two prisons in Alabama that would be owned by the company but rented and operated by the Alabama Department of Corrections.

The decision dealt a blow to the plan to lease the behemoth prisons, housing about 3,500 inmates each, though Alabama Gov. Kay Ivey’s office said the state is “moving forward” with the project.

“We have advised our client that we are no longer participating in the transaction intended to provide financing for correctional facilities in the State of Alabama,” Barclays wrote in a statement to The Associated Press. “While our objective was to enable the State to improve its facilities, we recognize that this is a complex and important issue. In light of the feedback that we have heard, we will continue to review our policies.”

Ivey agreed in February to lease two mammoth prisons as a partial solution to the state’s troubled correction system. The decision came over the objections of some legislators and advocates who warn that her $3 billion plan won’t resolve chronic violence and severe understaffing woes.

The two 30-year lease agreements are with separate entities of CoreCivic, one of the nation’s largest private prison companies. The prisons are to be built in Tallassee and near Atmore. The governor’s office is negotiating with another company to build a prison in Bibb County.

The governor said Monday that she is disappointed that Barclays Plc is no longer participating but said the state will continue to press forward.

“The state is fully committed to this project and has put in place new options to advance this vital transaction in a timely and efficient manner,” Ivey said. Her office did not immediately elaborate on what those options are.

Ivey has said new prisons are the cornerstone to improving the state’s troubled corrections system.

“These new, state-of-the-art facilities will provide safer, more secure correctional environments that better accommodate inmate rehabilitation, enhance medical and mental health services, and improve the quality of life for all those who live and work in them,” Ivey said.

The U.S. Department of Justice sued Alabama in December over prison conditions, saying the state is failing to protect male prisoners from inmate-on-inmate violence and excessive force at the hands of prison staff. A Justice Department’s 2019 report, which preceded the lawsuit, described a culture of violence across the state prisons for men with frequent rapes, beatings and fatal stabbings at the hands of fellow prisoners and a management system that undercounts homicides and fails to protect prisoners even when warned.

A federal judge has also ordered the state to overhaul prison mental health care and staffing after ruling the mental health system in state prisons to be “horrendously inadequate.”

A group of advocacy organizations said paying such huge sums to CoreCivic won’t solve underlying problems of understaffing, violence, mismanagement, and overcrowding. They’re calling instead for solutions such as sentencing reform to ease crowding behind bars.

Some lawmakers also have raised concerns about the cost of the project.

“At this point, it should be obvious that @ALCorrections doesn’t have a clue how much this plan is going to cost. 3 billion was already too much. Now that financing is an issue, the price will only continue to increase. It’s time to get out of this deal,” state Rep. Chris England, D-Tuscaloosa, tweeted.

CoreCivic in a statement criticized the people and groups who pushed Barclays to withdraw.

“The reckless and irresponsible activists who claim to represent the interests of incarcerated people are in effect advocating for outdated facilities, less rehabilitation space and potentially dangerous conditions for correctional staff and inmates alike,” the statement from CoreCivic read. 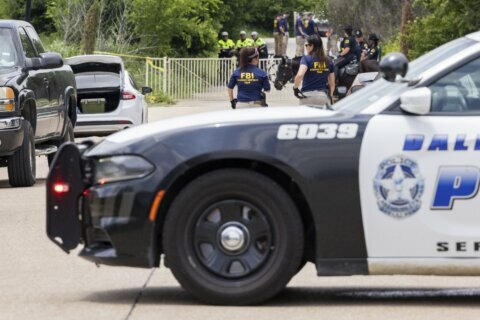