As marijuana legalization spreads across U.S. states, so does a debate over whether to set pot policy by potency.
Listen now to WTOP News WTOP.com | Alexa | Google Home | WTOP App | 103.5 FM

NEW YORK (AP) — As marijuana legalization spreads across U.S. states, so does a debate over whether to set pot policy by potency.

Under a law signed last month, New York will tax recreational marijuana based on its amount of THC, the main intoxicating chemical in cannabis. Illinois imposed a potency-related tax when recreational pot sales began last year. Vermont is limiting THC content when its legal market opens as soon as next year, and limits or taxes have been broached in some other states and the U.S. Senate’s drug-control caucus.

Supporters say such measures will protect public health by roping off, or at least discouraging, what they view as dangerously concentrated cannabis.

“This is not your Woodstock weed,” says Kevin Sabet, the president of Smart Approaches to Marijuana, an anti-legalization group that has been pressing for potency caps. “We need to put some limitations on the products being sold.”

Opponents argue that THC limits could drive people to buy illegally, and amount to beginning to ban pot again over a concern that critics see as overblown.

“It’s prohibitionism 2.0,” said Cristina Buccola, a cannabis business lawyer in New York. “Once they start putting caps on that, what don’t they put caps on?”

THC levels have been increasing in recent decades — from 4% in 1995 to 12% in 2014 in marijuana seized by federal agents, for example. Cannabis concentrates sold in Colorado’s legal market average about 69% THC, and some top 90%, according to state reports.

A sweeping 2017 examination of cannabis and health by the National Academies of Sciences, Engineering, and Medicine listed increasing potency among factors that “create the potential for an increased risk of adverse health effects.”

Some studies have linked high-THC pot, especially when used daily, with the likelihood of psychosis and certain other mental health problems. But there is debate over whether one causes the other.

Dr. Rachel Knox, an Oregon physician who counsels patients on using cannabis for various conditions, says she doesn’t see an increased risk of psychosis for people using such products under medical oversight. She opposes capping potency but suggests that products containing over 70% THC should be reserved for medical users while research continues.

“I think we should treat it with both freedom and with kid gloves,” says Knox, a former chair of the Oregon Cannabis Commission and a board member of the Minority Cannabis Business Association, a trade group.

But Colorado pediatrician and state Rep. Dr. Yadira Caraveo says she has seen the dangers of high-THC cannabis.

One of her adolescent patients who used high-potency pot daily was repeatedly hospitalized with severe vomiting linked to heavy marijuana use, and another needed psychiatric hospitalization after the drug exacerbated his mental health problems, said Caraveo. She’s thinking about proposing a potency cap.

“I’m not interested in going back to criminalization,” the Democrat says, but “the reason that I ran, and what I continue to do with the Legislature every day, is to protect public health.”

Various states have regulated how many milligrams of THC can be in a single serving, package or retail sale, at least for some products. Vermont took a different approach, limiting the percentage of the chemical in any amount of recreational pot — 30% for flower-form marijuana and 60% for concentrates.

“Consumer demand for these products is not going to go away, and re-criminalizing them will only push this consumer base to seek out similar products in the unregulated illicit market,” Paul Armentano, the deputy director of NORML, wrote in a recent op-ed in the Denver newspaper Westword.

Rather than forbidding high-potency pot, some states are just making it more expensive.

Marijuana is taxed on sales price or weight in most states where it’s legal. But recreational pot taxes depend partly on THC content in Illinois and New York.

The California Legislative Analyst’s Office recommended a potency tax in 2019, saying the approach “could reduce harmful use more effectively.” But the same year, Washington’s Liquor and Cannabis Board said it wasn’t feasible, citing uncertainty about how switching from the state’s sales tax would affect consumption, public health and revenues.

Potency taxes have an upside for states: more stable revenue than sales taxes, says Carl Davis of the Institute on Taxation and Economic Policy, a progressive think tank. That’s because sales tax totals can fall with prices in a maturing market.

There’s a downside for small cannabis companies, says Amber Littlejohn, the Minority Cannabis Business Association’s executive director. She worries they’ll lose out if THC taxes drive customers to underground dealers or to big, multistate firms that may be able to trim prices.

Instead, Littlejohn says potency policy should focus on research and stringent labeling and marketing requirements, and the industry needs to be responsive.

“It is absolutely an emerging issue,” she said, “and it is something that needs to be addressed.” 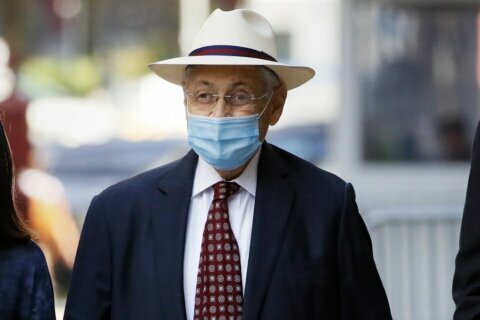