The Anti-Defamation League counted 196 cases of antisemitic “Zoom bombing” attacks in the U.S. last year, including 114 against Jewish institutions, according to an annual report that the organization is releasing Tuesday.
Listen now to WTOP News WTOP.com | Alexa | Google Home | WTOP App | 103.5 FM

The Anti-Defamation League counted 196 cases of antisemitic “Zoom bombing” attacks in the U.S. last year, including 114 against Jewish institutions, according to an annual report that the organization is releasing Tuesday.

The Jewish civil rights group found that the overall number of antisemitic incidents dropped by 4% last year after reaching a record high in 2019. The decrease in incidents — from 2,107 in 2019 to 2,024 last year — included a 49% decline in assaults, an 18% drop in vandalism cases and a 61% reduction in incidents at non-Jewish K-12 schools.

But the total remained historically high in 2020, with the third-highest tally since the ADL began tracking antisemitic incidents in 1979. Intruders disrupting video conferences on Zoom and other platforms offset a dramatic drop in antisemitic incidents in more traditional settings, according to the ADL, which provided The Associated Press with a copy of the report ahead of its release.

“But these platforms quickly revealed security vulnerabilities and many individuals took it upon themselves to access these events and perpetuate hate and antisemitism by harassing participants,” the report says.

On the morning of June 27, 2020, Rabbi Shai Cherry was leading a Shabbat service on Zoom for his congregation in a Philadelphia suburb when several guests with suspicious usernames began posting pornographic images and antisemitic messages like “Hitler should have finished the job.” One of them posted Cherry’s home address near the synagogue for Congregation Adath Jeshurun in Elkins, Pennsylvania.

“It didn’t take us more than 90 seconds to just end the meeting and then be more selective about who we let in,” he recalled. “But it was unsettling. It did feel like we were violated.”

Authorities didn’t identify any suspects, and it hasn’t happened again. The congregation’s online services are now protected by a password.

Jonathan Greenblatt, the ADL’s CEO and national director, said white supremacists and other far-right extremists tend to be among the earliest to embrace and employ new technologies to spread hate.

“Antisemitism is a virus. It adapts, it mutates and it resists efforts to fight it,” he said. “The extremists who traffic in it, they are innovative and they will exploit opportunities because they often can’t penetrate the public conversation in typical ways.”

In March 2020, the FBI said it was receiving reports of online hijackers disrupting video conferences with pornographic and hateful images and threatening messages. Greenblatt said the ADL flagged the security problem for Zoom early in the pandemic. The company responded quickly and thoroughly to protect users, he added.

“That’s a lot different than what we’ve seen from some of the long-standing social media companies,” Greenblatt said.

Congregation Etz Chaim in Marietta, Georgia, was the target of a Zoom bombing attack last April, but executive director Marty Gilbert said synagogue leaders decided against locking down its online services with a password.

“We had enough issues with people figuring out Zoom to begin with. And we also wanted people to be able to join regardless of whether they were members or not,” he said.

In February, several intruders disrupted a service with antisemitic messages. Police determined that a group of teenagers from Nevada and Europe were responsible but couldn’t identify them by name or bring any charges, according to Gilbert.

“It’s unfortunate that it has become the world we live in,” he said. “I wish we didn’t have to have somebody manage every Zoom meeting or service that we have. It’s very upsetting.”

The New York City-based ADL attributes several Zoom bombing incidents to Andrew Auernheimer, a notorious hacker known as “weev.” Auernheimer has written for The Daily Stormer, a neo-Nazi website, and he stirred up outrage for sending flyers adorned with swastikas to internet-connected fax machines on college campuses across the U.S.

“In these incidents, participants reported Auernheimer joined the Zoom calls and pulled his shirt collar down to reveal a swastika tattoo on his chest,” the ADL report says.

The release of the ADL’s report coincides with the second anniversary of a gunman’s deadly attack on a California synagogue.

A former nursing student, John T. Earnest, remains jailed on charges he killed a woman and wounded three other people at Chabad of Poway synagogue near San Diego in April 2019. Earnest told a 911 dispatcher that he shot up the synagogue on the last day of Passover to save white people from Jews, according to prosecutors.

No such mass attacks occurred in the U.S. last year.

The ADL says it saw “situations at both the regional and local levels” in which Jews were blamed for the spread of the coronavirus.

“This led to expressions of hostility and antisemitism on social media and, in some cases, real-world harassment of Jews, but we have not identified cases where we can directly link specific instances of violent antisemitism to conspiracy theories or scapegoating surrounding the COVID-19 virus,” the report says.

The ADL’s report says its count also includes reports of anti-Zionist and anti-Israel harassment, vandalism or assaults characterized by anti-Jewish animus. But the group says it doesn’t conflate general criticism of Israel or anti-Israel activism with antisemitism. 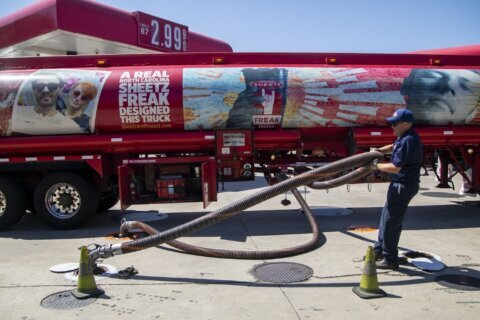 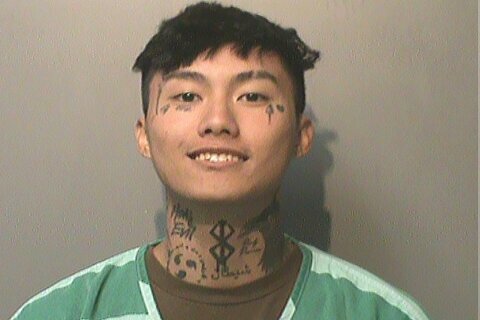