Prosecutor: Man knew toddler was in car when he opened fire

CHICAGO (AP) — A 25-year-old Chicago man charged with attempted murder in a road-rage shooting that left a toddler with a critical head injury opened fire on the vehicle even after the driver of the other vehicle told him the boy was inside, a Cook County prosecutor said Friday.

Assistant State’s Attorney Kevin Deboni said during a bond hearing that the April 6 shooting of 21-month old Kayden Swann apparently stemmed from Deandre Binion’s anger at being unable to pass another vehicle on the city’s famed Lake Shore Drive.

Deboni told Cook County Circuit Judge Mary Catherine Marubio that after Binion stopped abruptly behind Jushawn Brown’s vehicle, Brown leaned out the window and shouted for him to “back off and that he had a child in the car,” Deboni said.

Brown started to drive off, but Binion raced after him and as he pulled up next to Brown’s vehicle, he dangled a gun outside the window, Deboni said. Brown then showed Binion that he had a gun too, but he quickly put the gun down and continued to drive, said Deboni. He said there is no evidence that Brown fired his weapon.

Binion opened fire from inside his SUV and after the two vehicles stopped he climbed out and fired again before driving off. Binion fired four or five shots from inside his vehicle and four or five more as he stood on the roadway, Deboni said. One of the bullets shattered a back seat window and struck the toddler — who was in a car seat — in the temple.

Brown saw the toddler had been shot and he and his other passenger, the boy’s grandmother, tried to race to the hospital but crashed a short time later.

Police say a good Samaritan stopped and drove all three to Northwestern Memorial Hospital. Doctors placed the critically injured boy in a medically induced coma. Deboni said the child is no longer in intensive care and was moving to a rehabilitation facility.

The judge ordered Binion held without bond. Binion is charged with three counts of attempted murder and one count of aggravated battery with a firearm, and faces a maximum sentence of life in prison. 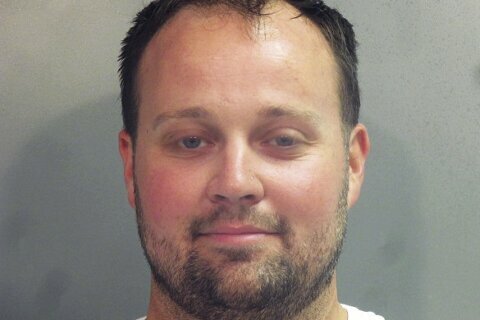