A decade has passed since deadly tornadoes ripped through the Eastern U.S., but time has been unable to erase the pain or replace the losses inflicted by the terrifying storms.
Listen now to WTOP News WTOP.com | Alexa | Google Home | WTOP App | 103.5 FM
(1/10) 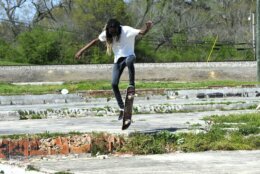 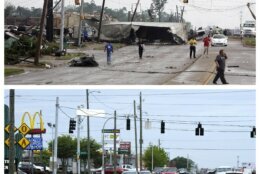 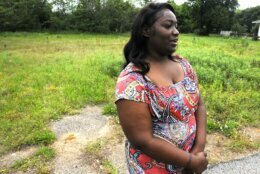 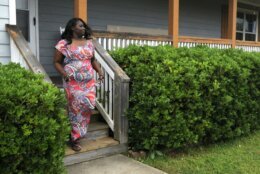 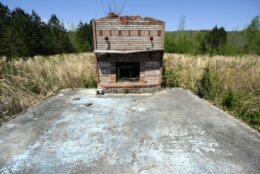 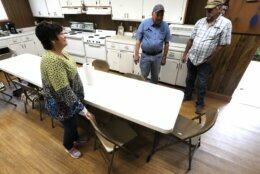 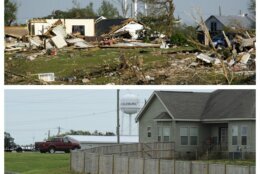 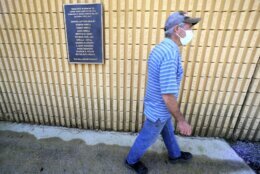 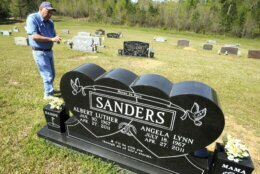 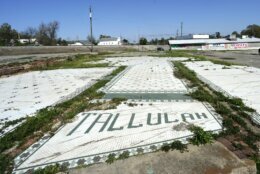 BIRMINGHAM, Ala. (AP) — For Tom Sanders, it’s the void left by the death of a cousin and the man’s wife, killed when a tornado mowed through a placid Alabama valley. To Markedia Wells, it’s the stolen innocence of her sons, who still get nervous anytime it starts raining. Darryl Colburn laments a lost way of life in his hometown, which was all but leveled in seconds.

Waves of tornadoes pummeled the Eastern U.S. over four days in the spring of 2011, killing more than 320 people in six states, including about 250 who died in Alabama on April 27 of that year. A decade has passed, but time has been unable to erase the pain or replace the losses inflicted by the terrifying storms.

Homes and businesses were rebuilt and new trees have grown; empty seats around dinner tables were filled as babies were born and a new generation came of age. Yet there’s still a sense of absence, a lingering feeling of sorrow, in communities where so much was lost so quickly.

“I don’t know if it’s a day to remember, but it’s a day you can’t forget,” said Colburn, the mayor of tiny Hackleburg, where 18 died in an EF-5 twister with winds estimated at 210 mph (338 kph). The same twister hit nearby Phil Campbell, where a granite monument at the center of town honors 27 who were killed.

To mark the anniversary, Gov. Kay Ivey ordered flags lowered to half-staff on Tuesday, which she proclaimed a statewide day of remembrance for a “horrible event that has impacted the state of Alabama forever.”

Storms that began in eastern Texas mushroomed by the time the line reached Mississippi, where one twister was so intense it scoured 2 feet (0.61 meters) of dirt from the ground. More than 60 tornadoes then struck Alabama, including one that was captured on video as it decimated the city of Tuscaloosa, and storms continued as far north as New York state.

Another major tornado outbreak had killed more than three dozen people across the South about two weeks earlier, and a spring of pain got even worse two weeks later, when an EF-5 ripped through Joplin, Missouri. About 160 people died there.

The government funded construction of hundreds of residential safe rooms and community storm shelters following the outbreak, still one of the deadliest in U.S. history, and meteorologists improved forecasting systems. One study suggested better ways of communicating weather threats through live TV, including the constant presence of maps on screen so viewers can understand where dangerous storms are located.

But better preparation for future disasters has done little to ease the pain of those who still relive the horror of past storms and the loss of loved ones.

In east Alabama’s Shoal Creek Valley, where 12 died, families are still coping with unforgettable images and stories like that of Albert Sanders, 44, who died in the arms of his father, Buford Sanders, after being flung by a twister in a field.

“He basically held him in his arms, and then finally Albert told him that he felt like he was fixing to die and (said), ‘I just want you to know I love you, daddy,’” said Albert’s cousin Tom Sanders. “And then he died right after that.”

Tom Sanders’ home was badly damaged. Another relative, Jim Wilson, dug the graves for Albert and his wife, Angie Sanders, a few days later. A shiny black tombstone marks the spot in the cemetery of a country church. The couple’s three daughters, teens at the time, were injured but survived, Wilson said.

Markedia Wells, 39, and her two young sons survived a monster tornado that left a path of destruction through the heart of Tuscaloosa, but their house was twisted off its foundation. She recalls shielding the boys’ eyes from the sight of a dead neighbor being carried out of the rubble of a home by volunteers who used a door like a stretcher.

Recently married, Wells lives with her husband and sons, now 14 and 16, in one of dozens of homes built by Habitat for Humanity volunteers in the same neighborhood. But dozens of empty lots and barren concrete slabs mark the spots where homes once were, and the boys are still skittish about the weather, she said.

“I’ll be the first to admit the emotional loss in it all,” she said. “We’re still very much nervous when it rains. When the weatherman is talking about bad weather or they speak about a tornado that may be coming, it all comes flooding back.”

Located about 95 miles (153 kilometers) northwest of Birmingham, the town of Hackleburg lost nearly all of its 30 or so businesses, two schools, 180 homes, several churches, a doctor’s office, pharmacy and most municipal buildings to the twister, said Colburn, the mayor. He can still point out the underground shelter where he survived the storm with 11 others.

“We came out and wondered if we were the only ones who survived,” said Colburn, whose wife lost an uncle in the tornado.

Fewer than 60% of the town’s homes have been rebuilt, and bare foundations are all that remain of the old brick storefronts that used to make up Hackleburg’s downtown. The city’s 1,500 or so residents still struggle with a lack of housing and retail options, he said.

The schools were rebuilt along with a new City Hall and a textile warehouse that was leveled, and churches that were wiped out have new buildings. But long gone are the old school buildings that graduates used to visit during homecoming. So are the sanctuaries where generations were baptized, married and eulogized, along with nearly every familiar sight that made the place home.

“The landscape of the town was forever changed,” Colburn said.

The story is much the same about 70 miles (113 kilometers) away in Cordova, where four died. The entire downtown was badly damaged by twisters, and what little remained caught fire a few weeks later. Today, 20-year-old Austin Thomas skateboards across the bare concrete foundations of a place he barely remembers from childhood.

“One tornado just ruined everything,” he said. 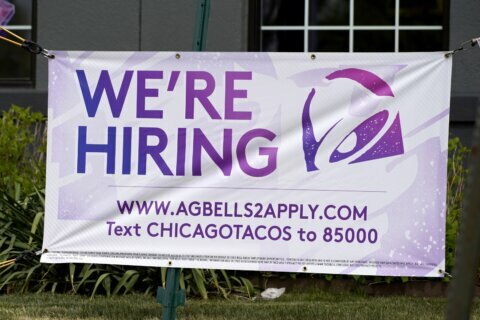 US job openings soar to highest level on record