ATLANTA (AP) — The Georgia lawmaker who was arrested after knocking on the door of the governor’s office as he…
Listen now to WTOP News WTOP.com | Alexa | Google Home | WTOP App | 103.5 FM

ATLANTA (AP) — The Georgia lawmaker who was arrested after knocking on the door of the governor’s office as he made televised comments in support of the sweeping, controversial new election law he’d just signed will not be charged, a prosecutor said Wednesday.

Rep. Park Cannon, an Atlanta Democrat, was arrested March 25 and charged with obstruction of law enforcement and disruption of the General Assembly. She was released from jail later that evening.

“While some of Representative Cannon’s colleagues and the police officers involved may have found her behavior annoying, such sentiment does not justify a presentment to a grand jury of the allegations in the arrest warrants or any other felony charges,” Fulton County District Attorney Fani Willis said in an emailed statement.

Cannon tweeted Wednesday after Willis’ decision was announced: “Doors of injustice are everywhere and we cannot stop knocking.”

Republican supporters of the law have said it was necessary to restore confidence in the state’s elections, but Democrats and other critics have said it restricts voting access, particularly for communities of color.

The 98-page Republican-backed rewrite of Georgia’s election rules adds a new photo ID requirement to vote absentee by mail, gives the State Election Board new powers to remove and replace local election officials, prohibits people from giving water and snacks to people waiting in line, and makes some changes to early voting, among other things.

A Capitol police lieutenant wrote in an incident report that Cannon was knocking on the door of the governor’s office and wouldn’t stop when approached by officers. He wrote that the insurrection at the U.S. Capitol on Jan. 6 was in the back of his mind and that he felt that if he didn’t take action, “the other protesters would have been emboldened to commit similar acts.”

Griggs and others have dismissed that explanation, saying it wasn’t consistent with the facts.

“After reviewing all of the evidence, I have decided to close this matter,” Willis said. “It will not be presented to a grand jury for consideration of indictment, and it is now closed.”

The new law follows former President Donald Trump’s repeated, baseless claims of voter fraud after he narrowly lost to President Joe Biden in the state that has reliably voted for Republican presidential candidates in recent decades. Compounding the Republican losses, two Democrats beat Republican U.S. Senate incumbents in a runoff election in January that flipped control of the chamber to their party.

At least four federal lawsuits have already been filed challenging the law, alleging that it’s unconstitutional and violates the federal Voting Rights Act, which prohibits voting practices that discriminate on the basis of race or color. Some of Georgia’s biggest corporate leaders, including the chief executives of Delta Air Lines and Coca-Cola, spoke out against the law after it was signed, and Major League Baseball pulled its summer All-Star Game as a result of the law.

Billy Mitchell, chair of the House Democratic Caucus and second-ranking Democrat in the House, said he believed police overreacted and then overcharged Cannon with felonies because the state constitution says a lawmaker can only be arrested during a legislative session “for treason, felony, or breach of the peace.”

Mitchell said he hoped lawmakers, police and others can have some kind of discussion about what sort of behavior could lead to arrest.

Cannon had another run-in with officers in February. She and others held a two-hour sit-in on a Capitol stairway after Cannon said it was improper that a police officer led her away while Democrats were protesting voting bills. Cannon put her ear up to the bullhorn of an officer ordering protesters to disperse and then demanded an apology from another officer who moved her away.

One of the charges against Cannon involved a law against disrupting a legislative meeting. It was challenged as unconstitutional in a lawsuit filed last year after people including Nikema Williams, then a state senator and now a U.S. representative, were arrested at the Capitol while protesting election results in 2018. All those charges were dismissed in 2019. 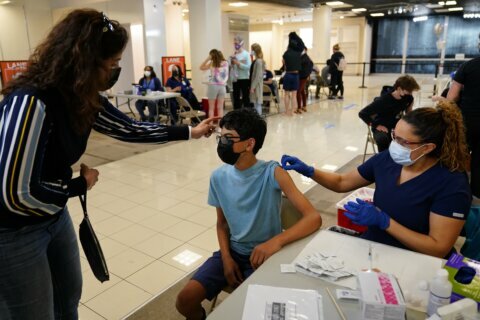 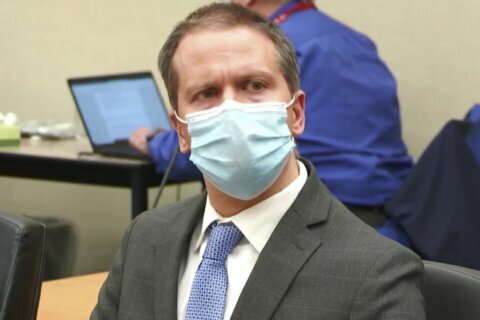