The Perseverance rover converted carbon dioxide into oxygen on Mars, marking the first time breathable air has been made on another planet, NASA announced Wednesday.

“This is a critical first step at converting carbon dioxide to oxygen on Mars,” said Jim Reuter, associate administrator for NASA’s Space Technology Mission Directorate. “MOXIE has more work to do, but the results from this technology demonstration are full of promise as we move toward our goal of one day seeing humans on Mars.”

In its first test on the Red Planet, MOXIE produced about 5 grams of oxygen, the equivalent of 10 minutes’ worth of breathable oxygen for an astronaut. MOXIE can generate up to 10 grams of oxygen per hour. MOXIE is expected to extract oxygen at least nine more times over the course of a Martian year – nearly two years on Earth. 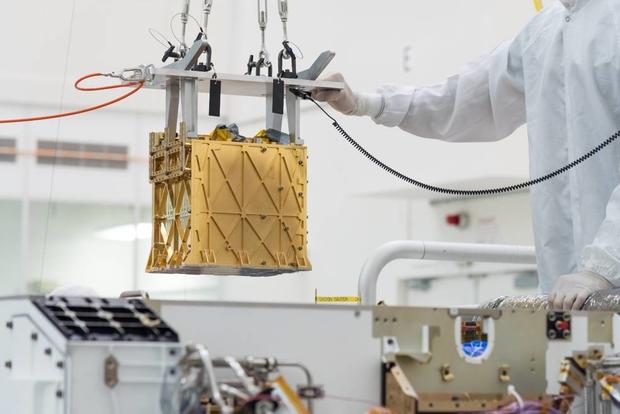 There’s another reason oxygen on another planet is vital: Rockets use oxygen to burn fuel and must have more oxygen than they weigh, according to NASA.

Trudy Kortes, director of technology demonstrations within the mission directorate, said in a statement that MOXIE isn’t just the first instrument to produce oxygen in another world, it will help future missions “live off the land” while using elements of another world’s environment.

“It’s taking regolith, the substance you find on the ground, and putting it through a processing plant, making it into a large structure, or taking carbon dioxide — the bulk of the atmosphere — and converting it into oxygen,” Kortes said. “This process allows us to convert these abundant materials into useable things: propellant, breathable air, or, combined with hydrogen, water.”

It’s been an eventful week on Mars. NASA’s $80 million Ingenuity helicopter spun up its carbon-composite rotors and lifted off on Mars on Monday to become the first aircraft to fly on another planet, a “Wright brothers moment” that could pave the way to future interplanetary aircraft.